Never Forget Where You Come From 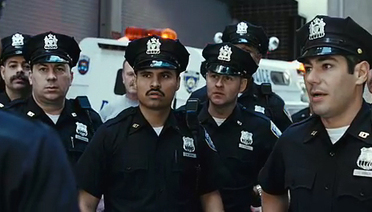 This will be the last of my "vacation postings" as I’m back in the office tomorrow.  I hope you find value in these thoughts.  They are what they are.

I was born in Brooklyn, NY on July 28, 1971.  My parents had recently immigrated to the United States from Italy and my life began in a two bedroom railroad apartment as the youngest of three siblings.  My parents worked incredibly hard and moved us to Ozone Park Queens, to a neighborhood filled with people just like them.  At age seven, I moved to Bethpage Long Island—a mostly blue collar, small town located roughly 35 miles outside of Manhattan.  The town was built around Grumman, a manufacturer of defense aircraft and aerospace technology.

Bethpage is where I did most of my growing up.  I have no complaints.  I went to a decent school and had NYC accessible by train as well as beaches minutes away.  On the first night of my very recent vacation, we went to a local fair in the heart of Bethpage.  It wasn't glamorous.  The people there don't look like the cast of Desperate Housewives.  There were lots of tattoos, the smell of fried dough, and the sight of everyday people who look like they spend most of their time working, taking care of their families—and most likely neglecting themselves a little along the way.

I didn't think about the whole experience much at first other than I was happy to be "home" and my kids were having a great time.  But then several days later, I went to see World Trade Center directed by Oliver Stone.  Stone is a fairly powerful filmmaker and I thought the film was respectful and honorable.  There was one aspect of the film that connected the homecoming dots for me.

The faces of the rescue workers, the Fireman, the Cops, the New Yorkers who suffered through that dreadful event and still suffer today.

I grew up with these tough faces framing deep, gentle, caring eyes.  The harsh accents and tender souls.  These are the people whom the urban elite say they admire, but wouldn't be caught dead with at a social event.  Ironically, it was these everyday people, the same ones who's company I shared at the fair—these are the people who we lean on in times of disaster.  It is their strong hands that we trust with our lives.

As I watched World Trade Center, I put myself in the shoes of the people who went off to work that day.  Some of them were well-educated.  Some were not.  When that terrible event unfolded, none of this mattered.  Not one bit. Then I thought about the responders.  People just like the ones I grew up with.  In fact some of them were. Bethpage took a hit just like every other community in NY and many people in Bethpage work for the NYPD or FDNY.

And again.  I saw the faces.  The same faces from the Bethpage fair.  The faces I see every time I go back.  As I relaxed and enjoyed my time with family, the reminders of my material "success" were subtle but present.  Comments on this blog.  E-mails from folks.  Even a referral from Gapingvoid no less.  But every time I'm tempted to believe that I'm as "smart" as some people think I am—I would see those faces.  The ones from the movie.  Just like the ones from my hometown.

You see, there was a time when I took pride in "making something of myself".  In leaving my hometown for bigger and better things.  Not anymore.  Now when I go back, I cherish walking around my old neighborhood.  Attending the fairs.  Greeting familiar faces.  I know that if something disastrous were to happen (God forbid), it would be these faces I would see running to my aid.  And all the "talent" and “smarts” in the world could not save me.  But they could.  I know they would give up their lives trying.

I don't want to forget where I come from. I'm the son of an Italian immigrant who came here looking for a better life. Together with his wife—they did the best they could.  I grew up in a town that celebrates simple pleasures and doesn’t try to be more than it is.  I'm honored to have the upbringing I had—and it doesn't surprise me one bit that the first responders during 9/11 did what they did.  I like to think that I would do the same.