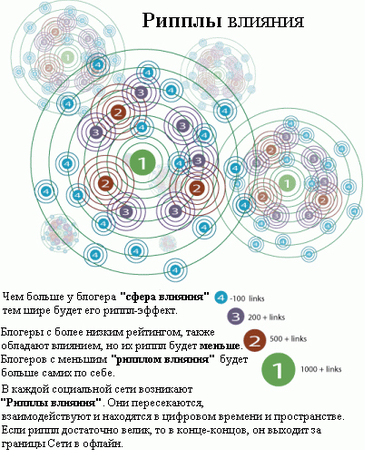 This is one of the dozens of versions of my visuals which  have been translated in another language.  Found this particular one over at the Russian PR Community's Journal.  It validates the theory that people are visual.  That we need to be shown as well as told.  I can't tell you how many languages I've seen my visuals translated in.  French, Spanish, Chinese, Korean, Hebrew, Italian... it's pretty cool.

And it begs the following question.  Are we over-doing it with bullets and copy alone in the hopes of rapidly articulating ideas?  Think about the presentations that we do.  The amount of text-laden slides.  Is there a more visual way to tell the story in addition to text alone?  If the visuals on this site can be taken and translated into virtually any language—then think about the potential of leveraging visuals in our own presentations targeted at native audiences.