What a Stones Show Can Teach Us About Marketing 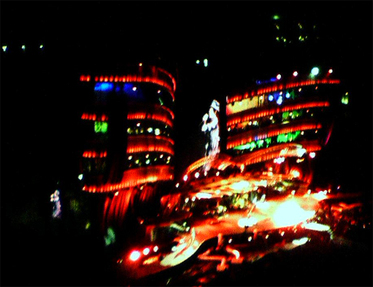 The Rolling Stones played Chicago last night and I was there.  Mick was struttn’, Keith was smokin’ Ron was strumming and Charlie was smiling.  The more I thought about it, marketing can learn a lot from a Stones show.  Here’s how:

Provide Value
You’re going to pay a lot of money to see the Stones and they know it—so they do their best to put on a good show.  Fireworks, an elaborate stage design, and Mick never stops moving.  The Stones work really hard at making sure you feel that your money was well spent.

Transcend Generations
There were people in their sixties belting out tunes right along sixteen year olds.  Stones music has a way of bringing generations together.  Age becomes irrelevant.

Embrace Your Audience
One of the more interesting parts of the show included a stage that detached and moved several hundred feet into the heart of the audience.  It was the next best thing to the band getting down from the stage and mingling with the audience.  They played several songs in this position and for a while, the people who has the worst seats now had the best ones.

Show Your Humanity
The weather last night in Chicago was brutal.  Temperatures suddenly plummeted below 30 degrees and it felt like the dead of winter.  My hands got numb after 5 minutes of being outside of gloves yet there was Keith plucking his six string with an expression that showed a little more pain than usual.  The Stones didn’t ignore the non-ideal weather, they made jokes about it—they showed their humanity, but at the end of the day the show went on.

Deliver A Memorable Experience
Mick changed his wardrobe for nearly every song.  In fact, the stage, lighting and video effects were different for every song.  This made songs like “Sympathy for the Devil” feel like they each were their own unique brands.  Because in a way—they are.

Leave A Lasting Impression
At the end of the show, every musician lined up, put  their arms over each others shoulders and bowed several times.  It was a graceful way to end the show—and in an odd way, you could tell that each of them were happy to get out of the cold weather yet the body language seemed to say "the cold couldn't stop us—you matter that much to us".  And seeing the band and supporting members reminds you that it’s not just the Stones behind that show, it’s every member of the band, crew and even the audience ourselves that they were celebrating.

Imagine if every marketing initiative did even a few of these things this well...