TIME's Are a Changing... 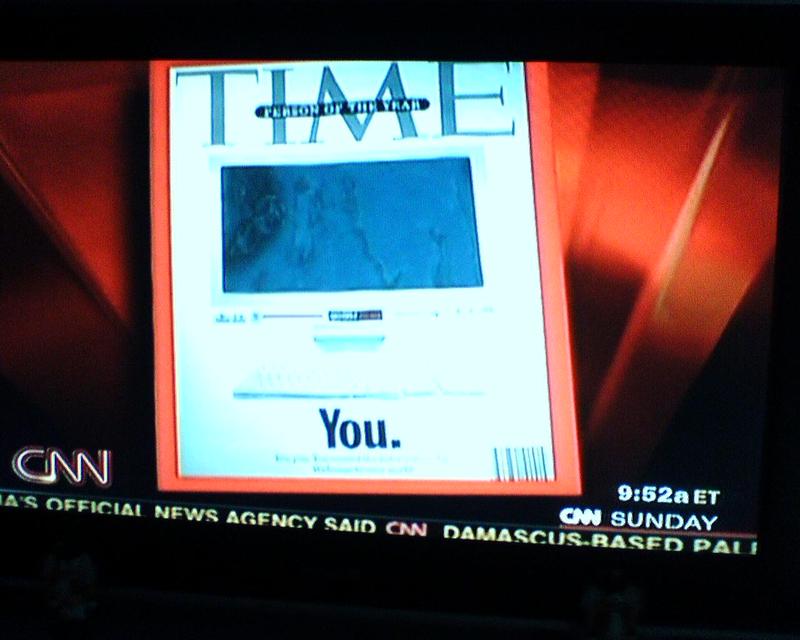 CNN reports on TIME Magazine's person of the year. YOU. TIME has embraced the fact that millions upon millions of people are giving up their evenings watching primetime, and choosing to create, co-create, collaborate, share, and produce original content instead (gotta love the simply innovative cover which reflects your face).

So I guess it's official. This isn't a trend.

The most interesting thing about the brief report on CNN was that literally after showing the cover, they promoted their own version of "citzen journalism" called iReport--a feature on the news channel which solicits photos and stories from the masses and puts them on the air.

In essence it's as if they are saying. "Hey--we're a part of this whole thing too!". As a somewhat relevant aside, I took this picture with my phone and wrote the post on it as well, without touching a PC. All in under10 minutes. Yes, times have changed as TIME suggests.