« Is Twitter Useless, Asinine, or The Crocs of The Web? | Main | Why Execs Are Stumbling in a New Media World »

What I Learned In Design School 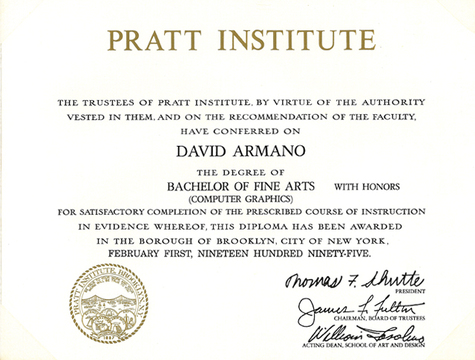 Yesterday I was part of a communications exercise where we had to tell a story.  I told the story of how a single conversation with my Mom in the middle of the night made it possible me to attend design school (Pratt).  In short, I stated that had that conversation never happened—I wouldn't have been in that meeting room sharing my story to them.  Which made me think of this post as well as the power of a single conversation.  So here it as again—and thank you Mom for helping me pursue my dreams.

For every Ying, there needs to be a Yang.  A while back, Design Observer re-printed, “The Top 10 Things They Never Taught Me in Design School.” by New York-based architect Michael McDonough.  It’s a great read and all too true—sadly schools of any type don’t often prepare us for the real world.  But what about the things we DO learn in D-school (Design School)?  How are we influenced during this pivotal moment in our lives?  And does it carry over into life after D-school?  What about values that are instilled in our developing hearts and minds?

I was fortunate enough to attend Pratt for the better part of three and a half years. I received a very unique education which consisted of pioneering the usage of computers in design, cooking fillet mignon in the classroom, welding in workshops, and even posing in the buff for a figure drawing class (I'll explain in face your fears).  I learned a great deal about urban living in the middle of some pretty rough neighborhoods (got mugged at gunpoint in my second week).  But I also learned how privileged I was to be able to receive this kind of education in one of the greatest cities on the planet.

What I learned in D-school has served me well to this very day. Here are a few highlights.  All of the images included in this post were created during my time at Pratt.

What I Learned in D-school: 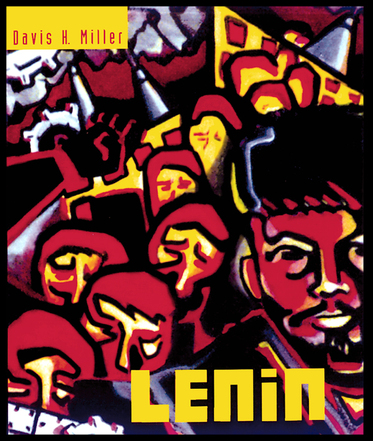 Pratt’s Mantra was “Be true to your work, and your work will be true to you”.  This phrase has been branded deep inside my soul.  And we lived it daily at Pratt—the proof was in the amount of lights on during the night.  Everyone stayed up late working on projects because we believed in what we were doing.  Same goes for me today.  If I believe in the work, there is nothing I won’t do to see it through. 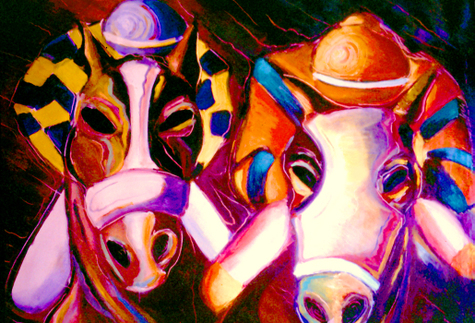 When we pinned up our projects in front of each other in the classrooms—make no mistake, we were competing.  We were competing against each other because there was mutual respect for our fellow students.  We sharpened each other’s skills this way.  If we were going to put something up on that wall, in front of our professors and each other—it had better  be good.  If it wasn’t, or at least didn’t have the potential to be—we had let ourselves down.

Having your work up on the wall, in front of your peers taught me how to take criticism.  Yes, my work was shredded to pieces by professors who studied under the likes of Milton Glaser.  Sometimes I took a beating.  But I always dusted off and picked myself up.  I learned early on how to take criticism and use it to make a better product.  D-school taught me how to listen and value the opinions of others and become better for it. 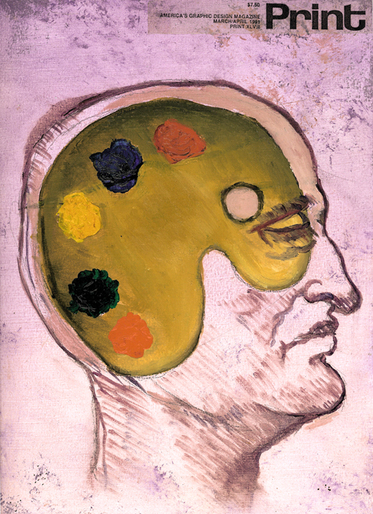 My visual communications professors constantly challenged us to look at things differently.  To never be satisfied with our first ideas—they were merely stepping stones to something better.  When I facilitate ideation sessions, I remember these lessons.  The first ideas can sometimes be really good—but the more ideas build upon each other, the better the chances of ending up with something wonderful. 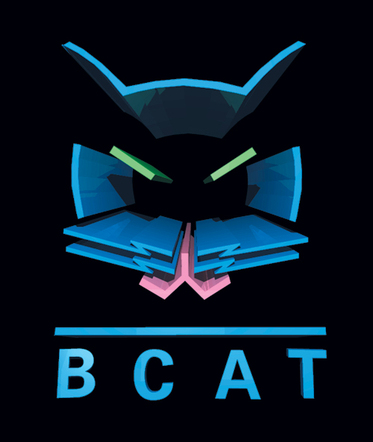 I learned how to use computers early on when much of the design world was cutting and pasting away.  If I wanted to do something like create an animation—it might mean learning a new program, doing things like creating 3-D models.  I didn’t know any of this stuff before coming to Pratt, but I left there with a "learn by doing attitude" which enables me to put myself in the shoes of users—do what they do, and a desire to experience things for myself. 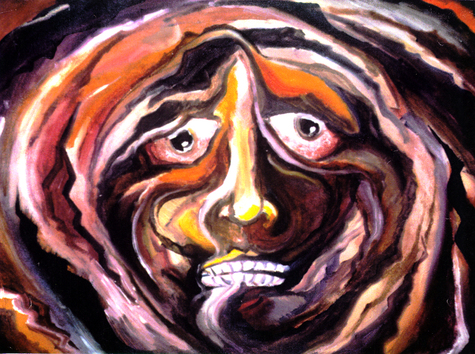 A group of students who wanted to get better at figure drawing agreed to meet one a week after class to continue drawing.  There was only one problem.  We didn’t have models.  So we modeled for each other.  I really didn’t want to get up in front of my fellow students with nothing but my bare assets—however I did want to learn how to draw better.   So I got up on that platform—in full view of my classmates. But once I did it, I felt a sense of accomplishment in staring down my fears—and to this day, it takes a lot to rattle me.  After all, once you do something like that—even the most demanding work experience seems tame in comparison. 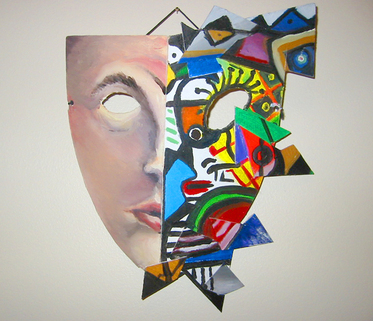 The mask I designed here was created in one evening.  But before I started working on it, I had to show a sketch to my professor.  The initial sketch didn’t do the actual mask justice—my professor wasn’t very impressed at the idea until he saw the execution.  This taught me the value of executing ideas rapidly.  Sometimes people need to see, touch and feel to believe. 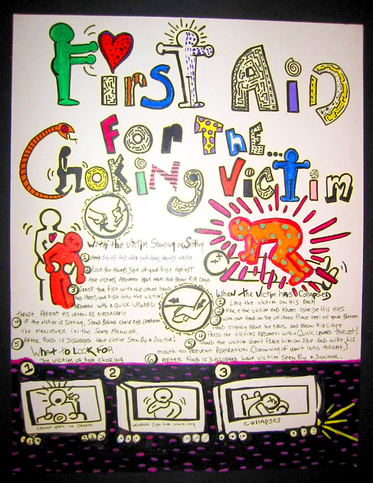 Having fun is probably THE most important thing I learned in D-school.  One of my projects was to design a better “choking victim poster”.  So I thought, why can’t a poster about choking be fun?  And with a little inspiration from Keith Haring, I did just that.  Work doesn’t have to feel like work—I had a lot of fun at Pratt staying up all night working on projects. My roommates and I would wake each other up in the middle of the night if one of us was working, just to get feedback.  We had fun with our work and with each other. We didn’t take ourselves too seriously.  All things that should ring true in our serious corporate settings (but don't always).

I guess that’s about it.  And if you think about it, you really don't need to go to Design School for any of this—but for me, it did the trick.  And the funny thing is that if you look at this collection of thoughts and images, you see very little which directly corresponds in a literal fashion with my actual practice in digital experience design (at least not how it’s practiced today).  There are no flows, sitemaps or personas.  These are skills I had to learn on the job. Marketing, user-centered design, copywriting—these were all developed through real work experience in the field.  However I still tap into the core values I leaned at D-school.  Maybe what it comes down to was being influenced.  But as we know, a little influence goes a long way.