Update:
Heidi Skinner weighs in over at Experience Matters

You're watching a clip from Honeyshed.  The much hyped service promises to bring "branded entertainment" to the masses.  Droga5, the shop behind the effort positions Honeyshed as "QVC meets MTV".

OK, I've been on and off the site for a good portion of the day.  And though it's in beta, I really don't get it.  It took me a while to figure out that I couldn't buy stuff.  I stumbled around the flash heavy interface, and really couldn't figure out what the heck I was supposed to do.  Here's a snapshot of the chat (I'm user 26): 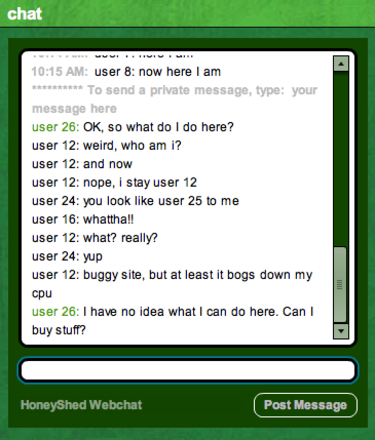 As you can see, I could not figure out how to buy stuff (which I thought I could, because I didn't read the Adweek article until after I decided to write about it).  So, then I called "888-98-honey" for a little tech support—only to find out that the person on the line, while being a very nice person—had no idea how the site actually worked.  She was however open to "chatting"—and we had a nice mid afternoon conversation. 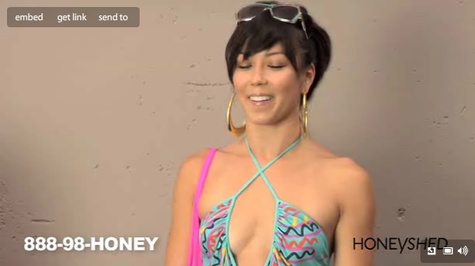 I got as far as adding stuff to my "stash" only to have the option to send items to a friend.  And that's when I bailed.  Why would I want to send this stuff to a friend when I can't even figure out how to get it myself?

So what does the experience offer?  Well, it offers up "hot girls" with minimal clothing and an abundance of hipster dialogue.  So here's my question.  I this brand entertainment?  To me it feels like traditional advertising served up over the internet.  It's got the typical hallmarks of bad traditional agency usability with "hipper than you" sensibilities.  Oh wait, I just figured out how to buy stuff—you have to click on the thumbnail after you click on your "stash".  It's a couple of clicks.  Once you figure out what the heck a "stash" is...  Would have been nice if they walked me through that on the phone. 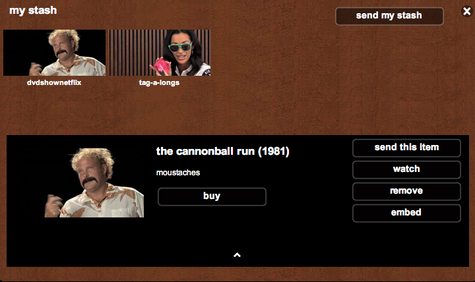 Probably the only feature I like about it was the ability to embed videos.  So what am I missing?  Is this effective "brand entertainment"?  Am I out of touch? Is "pre-commerce" the wave of the future?  Or is Honeyshed bad daytime TV piped in through a broadband line?  What do you think?