My Apple is a Lemon 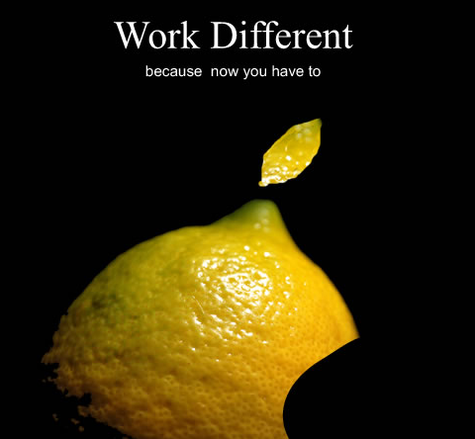 Visual by Matthew Oliphant
I'm not an Apple fanatic, but I generally prefer them over PC's—especially since I use design software like Adobe Illustrator.  My first computer was a Mac.  A Mac Classic with a 5 inch black and white screen.  I loved that little guy—so dependable, like a good friend.  Since then, I've had mostly Macs, though I did go through a "PC phase"—that is until Steve Jobs came back.

Then I fell back in love with Apple again.  Until recently when my second work-issued Macbook Pro started giving me "black screens of death".  Ive been through this already.  It was painful.  "Kernel Node" crashes—they call it.  The likely offender is a bad mother board.  That's one bad mother alright...  this means there's no way to fix it but to send it back to Apple.  Ironic isn't it...

My Apple is actually a lemon.

Anyone else out there having similar issues?