« Always In Beta at The Forrester Consumer Forum | Main | Blog of the Day: Campbell on Branding + Innovation »

The Road to Dell: Part One 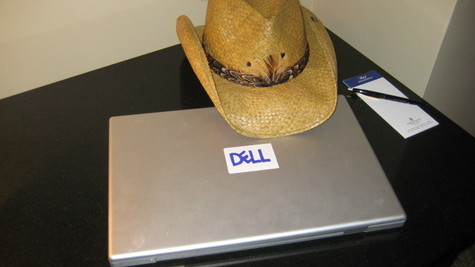 Unlike Jarvis, my journey on the road to Dell didn't start as a customer—it started as a blogger.  On February 27, 2007 I received the following comment on this post from "RichardatDell"

"Hi David Enjoyed reading the dialogue here about keeping up with the real world versus the omnipresent school demands. Thought your talk at Loyola sounded like a good one. As you point out Jeff Jarvis and Dell are certainly integral case studies to be learned from....in the same way that we at Dell learned. Not sure there is any specific roadmap. Certainly we learn everyday from our conversations at Direct2dell; around the blogosphere; at StudioDell; in SecondLife;Michael Dell's meeting with bloggers at the Consumer Electronics show and at Dell's IdeaStorm...and all of that is leading to exciting new chapters for us as we engage direct with customers using various digital media. Should you ever want more detailed information about our journey beyond Dell hell, please let us know."

At the time, I was working with Digitas (full disclosure, Dell is a Critical Mass client).  Like many other participants in social media, I was taken back by Richard's willingness to engage and even acknowledge things I was saying in my post.  Months later, I featured several of Dell's initiatives in a Webinar I did for Marketing Profs. Out of all the mega companies of the world, it was pretty amazing to see one tapping into several "2.0" initiatives all at once, including Direct2Dell, Ideastorm, and Studio Dell to name a few.  Not to mention their presence in Second Life and Twitter.  So intrigued was I with Dell's initiatives and willingness to engage folks online that I included their efforts as a pillar in my BusinessWeek article titled "It's The Conversation Economy Stupid"

So what am I doing in Austin?  To be honest, I really don't know exactly.  I've been invited here at the co-request of Richard Binhammer and our Dell client.   I've disguised my Mac (see picture) as it's been made clear to me that the safety of a non Dell laptop cannot be guaranteed down here at Dell HQ.  And yes—I really did buy that cowboy hat.  I'm wearing it now in fact (sorry, no boots).  But you can see me in the hat over at Richard's place.

Tomorrow I'm going to be involved in several meetings that will last most of the day.  I'm not really sure what to expect.  But after having dinner I can tell you this.  The folks at Dell aren't satisfied and want to do even better.  They're hungry.  And here's something else I want you to chew on (pun not intended).  I spoke with the head of their communications group—they guy responsible for many of the community initiatives and it was clear that Dell has been nearly obsessively engrossed in this space since early '06.  What stood out to me the most was this one statement (this is not the exact quote, but fairly close to it)

"It's painful to sit down with agencies and listen to them talk about social media etc.  We're so far ahead of them it's not even funny"

Did you hear that?  I believe the statement was in reference to both advertising and even PR agencies.  In the conversation that followed we talked about how some agencies still viewed digital as a "channel" to push their Ads through.  Clearly Dell has moved past this in how they engage with customers as initiatives such as Idea Storm illustrate.  We also discussed some challenges that lie ahead for Dell—I think Dell may be one of the early case studies of a large company who has to deal not only with the experience across multiple digital and non digital channels, but also having multiple "social channels" to contend with as part of the total customer experience.  I have a feeling we'll be discussing some of these challenges tomorrow.  And I'm hoping to get a sneak peak into their design lab! (no pictures allowed on that one)

Oh and one last thing.  I think Dell has a huge opportunity as a brand.  Here's a personal opinion and one that I am sharing freely with them.  I think Dell needs to be the opposite of Apple—not a carbon copy.  The "anti-Apple" if you will.  The "I'm a Mac and I'm a PC" Ads capture one thing perfectly.  Apple is the cool kid.  Microsoft is the nerd. (we're talking perception here).  But I don't think anyone owns what I call "Geek Chic".  It's that sweet spot when you are actually so geeky—so unbelievably geeky and into the mechanics of digital that it's actually downright cool.  This doesn't mean their products can't be sleek and desirable—they can, just in a "Geek Chic" kind of way.  I think their Devo spot is on to something—maybe it's the start of the Dell to come?  Anyway, it's just a thought—I'm looking forward to tomorrow.  And speaking of "Geek Chic" check out this video featuring John and Richard from Dell with a special appearance from Connie Reece. :-)