Giving the Gift of Creativity 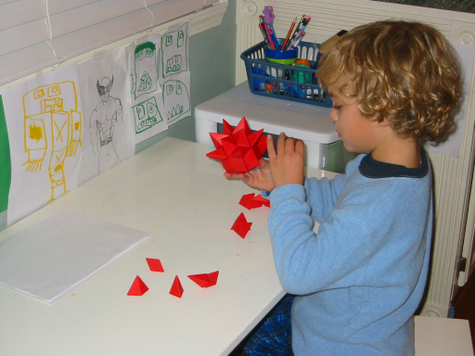 When I was a kid, my favorite playthings were simple and sometimes not even toys.  Boxes were spaceships, aprons were capes and oven mits were space alien claws.  My  seven-year-old Max is shown here messing around with Roger von Oech's Ball of Whacks.  The thing I like about it (and I think what Max likes about it too) is how open ended the object is.  It's not like clay since it's made up of geometric shapes, but it leaves much to the imagination.  Roger recently sent me a "six pack" including the new "blue balls".  No really.  That's the latest color.  And there's also a tri-color version(below).  So this year, I'll be giving the gift of creativity in a box. 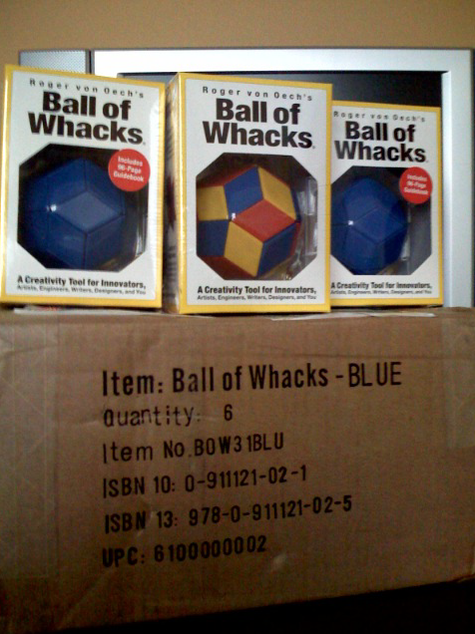