Why is Twitter Exploding? Because it's A Conversation Ecosystem. 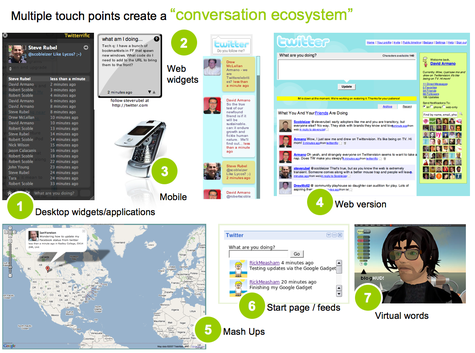 Lot's of chatter happening round the blogosphere regarding Twitter, between Forrester's Peter Kim and Jeremiah (also of Forrester).  I've described Twitter as a "conversation ecosystem" in places like BusinessWeek and Markekting Profs because of the way it works with multiple touch points.  I've tried to explain Twitter visually:

And I've even called it the Crocs of the Web... 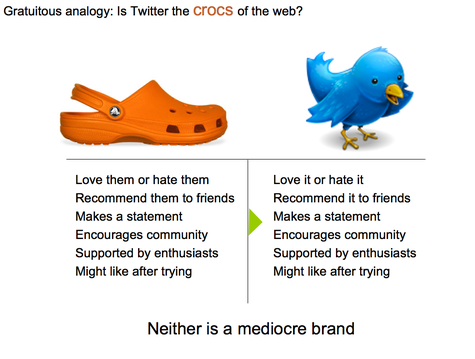 But I've ended up here:  Explaining Twitter is an act in futility unless the person you explain it to understands the intricacies of social networks (saying conversation ecosystem is a bit abstract to someone not participating in online conversations).  But, then it's up to them to investigate it to see if there is a business or personal application.  Personally, Twitter works for me + so does participation.  If you want to see how I use Twitter—here I am.