« Visualize Word of Mouth, Get A Free Pass To WOMM-U | Main | Marketing In A Post-Consumer Era » 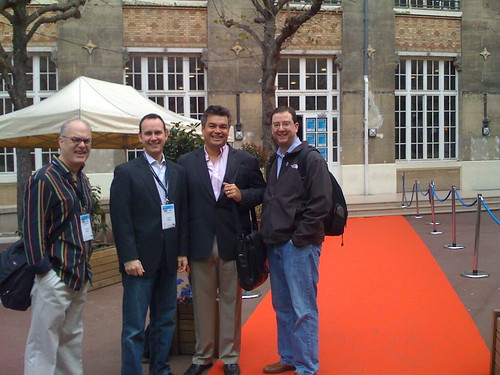 I recently wrapped up a week in Paris mixing a bit of both business and pleasure. The first two days of my week were spent at the third annual Marketing 2.0 conference held in Paris for the second time in a row. While the structure of the conference was a bit loose and the wifi nearly non-existent, the event itself was excellent and one of the better events I've been to in a while. I credit the planning that went into hand picking a very interesting and diverse set of speakers and case studies ranging from companies such as Nike, Lego, Southwest Airlines, Jagermeister, Virgin, Crispin Porter + Bogusky, and Facebook and Ebay just to name a few. I spoke on a panel with Steven Erich from Crispin on the second day of the event. The event was intimate, with just about 200 attendees from all over the world. This also added to the strength of it. Coming off the heels of SXSW, it was nice to be a part of something smaller, the content was very digestible because of it. Here's a few highlights that stood out to me. 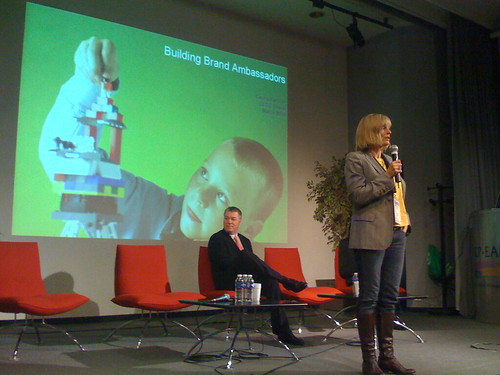 Konnie Kalcher from Lego (Lego means play well in Danish if you put the words together) talked about how the company has from a culture that believed it understood it's product the best, to one that works less in silos and has begun embracing their most fervant brand fans, and engaging them through programs such as the Lugnut enthusiast community. This was probably the one aspect of the talk that stood out to me and it apparently struck a chord with others as well. As Konnie's talk turned to questions, the word "freak" was being bantered around to describe some of the hard core Lego enthusiasts. In fact, there are some people who do spend nearly their entire days obsessing about nothing but Legos. But Konnie's story was one of a brand that realized that there is more value in harnessing the energy of "Lego freaks" vs. ignoring them. Their input is now included in product development—something that Lego hasn't done in the past. Now think about this—Lego is one of the few brands out there that is actively engaging their fans in the creation of their products. This goes well beyond the marketing of the product and directly in the the design of it, if not influencing the culture of their business. This is something that trancends marketing as most people tend to think of it.

Richard Owen from Satmetrix spoke right after Konnie and focused on "word of mouth" as "promoters" willing to advocate for your brand. What stuck out most about his talk was the fact that it's possible to amplify this aspect around products even if they aren't as "sexy" as a brand like Lego. His example of the Intuit community demonstrated that people can be passionate about nearly any topic. Even taxes. I really liked what Richard had to say about advocating for a brand:

Richard cited some studies with numbers to back this up, and while the talk didn't get into it specifically—the opposite must also be true, that people have the capacity and are prone to criticizing your brand. It's this type of criticism that have ignited efforts from companies such as Dell in the past. Bottom line, the Web is a niche medium, fueled by passionate people. They might seem like "freaks"—but they can be your brand's best friend if you can figure out how to make their passion work for your business.

The ROI of Putting Your Pants On 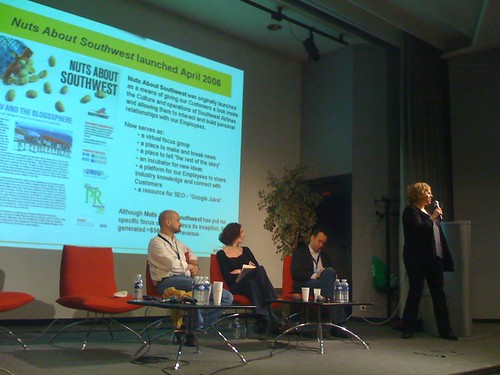 One of the best panels of the entire event consisted of Paula Berg from Southwest Airlines, Scott Monty from Ford and Charlie Schick of Nokia. Each participant on the panel gave a very insightful insiders perspective on the social initiatives within their organizations including case studies and challenges. Scott Monty recalled a story of a series of interactions that he had with a woman on Twitter who lost her son in a car accident (he was driving a Ford).

After spending some considerable time talking with the woman in a personal fashion, Scott described how her perception began to change—she had even Tweeted publicly that she was willing to give the brand a second look. This is the type of story that makes the Web social, hearts and minds that are influenced one at a time, The opposite of mass media—and a great illustration of what I like to refer to as "micro-interactions". Scott also stressed his role within Ford and his current state as a department of one at the moment, which is most certainly soon to change as the company scales their initiatives. One of the more memorable quotes from Monty came during Q&A when asked about how Scott deals with the ROI and measurement question that inevitably comes with any investment in social initiatives to which Scott answered:

Don't Control The Conversation, Lead It 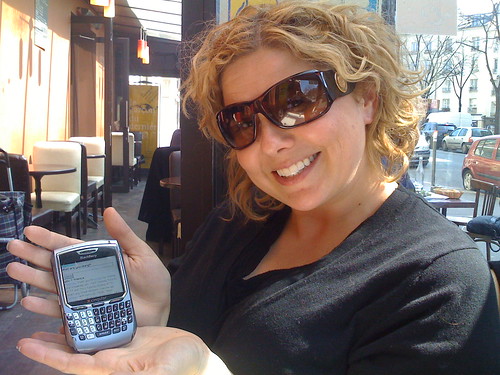 Paula Berg from Southwest Airlines (above) also shared some great case stories ranging from the the airline's efforts to engage customers via blogs, Twitter. Facebook etc. The key word here is engage Southwest Airlines has been on Twitter since 2007 (I've referenced them repeatedly as I am a customer) and Paula pointed out that although the company wasn't sure how to leverage the channel initially, they've since dedicated one person out of their now six person emerging media staff who is dedicated full time to responding to customers on via Twitter. Paula and I grabbed lunch together on day two and we talked about the challenges all organizations face when wading into the waters of the social web. Since the medium requires actual people to be responsive and talk back, it doesn't look like tradition marketing, PR or other forms of communications but virtually cuts across all these disciplines incuding customer service. But during Paula's talk she reiterated that Southwest doesn't try to control the conversations that inevitably arise around them—but citing recent incidents, they have learned that they can indeed lead them by engaging critics and telling their side of the story.

From One Big Idea To Many Little Ones
On day two I split a panel with Steven Eric of Crispen Porter & Bogusky where I felt both our talks dovetailed nicely. While mine focused on interactions, Steven stressed that Crispin strives to test out lots of "little ideas" to see what works as opposed to focusing on "big ideas that in theory, drive brand communications. This view is a bit revolutionary in a field where the "big idea" is treated somewhat like a sacred cow and sought after like the holy grail. My favorite example from Steven's talk may have been one you've never heard of. "Flame"—a fragrence thet created for burger king which smells distinctly like grilled burger and smoke. Evidently, they sold out of the limited supply rather quickly.

There were many other worthwhile talks during the event, but these are a few highlights that stood out for me. If you can make it to Europe next year, I'd recommend checking this event out. The setting and speakers make for quite an experience.