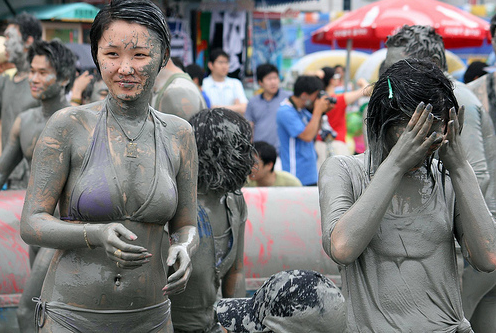 1. Social climbers are attracted to social media
That's right. The same people who climb their way up the social food chain in the real world tend to do well in the social media world. They'll be your friend for a while, until they find someone else with more Twitter followers to tweet with.

2. Most social media is bad marketing/PR
Few organizations really want to engage with their customers. It's just easier to slap together a blog, Facebook fan page or hire someone to tweet about your products and coordinate events that hopefully generate buzz. Participation is hard.

4. Social media burnout syndrome is real
We joke about it, but it's true. We're overwhelmed by technology which promised to make life better for us. Instead, most of us haven't figured out how to restore the balance we once had in our lives.

5. Group think happens
Yes, social media connects us in wonderful ways. Yes, it can lead to innovation and often does. But if you're not careful, you'll find yourself saying and thinking the same exact things as everyone else in your social system and you'll forget to think for yourself.

6. Your manager hates facebook
A manager's job is to get the most from their people—which is tough to do if you spend most of your time connecting with your friends. You may actually be getting your work done, but tell that to your boss.

7. It's a goldrush
Yes, there's money to be made in social media. Sure there's a few true believers who wouldn't be doing anything else, but lots of opportunists who smell the money trail. It's up to you to separate the wheat from the chaff.

8. Social media is a threat
The reality of it is that social media will displace jobs, people and disrupt business models. Maybe this isn't a dirty secret—but for some, it's become a harsh reality.

9. You're tired of new technology
Seriously, you just want things to slow down a little and perhaps get really good at using some of the great technologies that are out there before you have to jump on another without even knowing why you're jumping.

10. You're over top 10 social media posts
Yes, I wrote this knowing it might generate some attention. And I've fallen into some of these traps, so I'm no better than you. But It's always good to pause, think and turn things on their head. So hopefully, this post will get you thinking—which is never a bad thing.