5 Things I Learned From My Trip Down Under 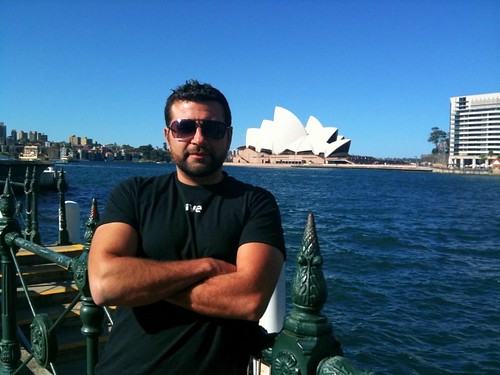 I recently returned from a week long trip to Australia via New Zealand. The purpose of the trip was mostly business, I delivered a half day session at the Marketing Now conference in Melbourne—but as with life the lines blur between business and personal and I managed to take a few days at the end of the trip for myself. In both cases, I learned a few things about myself and the world around me... 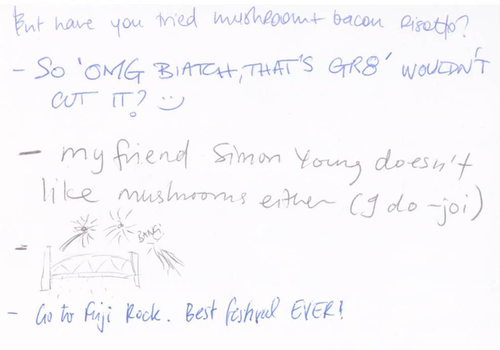 At the beginning of my session I had attendees fill out the front of index cards with some information about themselves. Name, occupation, likes, dislikes and something personal. I didn't tell them what we were going to do with it, but several times during the presentation I flashed a slide which said "SHUFFLE!" and instructed participants to swap cards, flip them over and leave an anonymous comment. What did I learn? People will participate when given a reason, and it will make for a more interactive experience. I was extremely pleased and surprised to see how eager people were to get their cards with the comments back. They Tweeted, blogged and reached out to others who might have it. This was the point. Share something about yourself. Share your thoughts about someone else. And interact with people who you "know" loosely. These are all dynamics present on the social web.

2. Posterizing could be the next big thing

Well it doesn't have to be Posterous exactly, but it became clear to me in different circumstances that services which allow you to lifestream and federate media will become more useful and popular. In one instance participants at the Marketing Now event created a Posterous page for the event and immediately began aggregating links, videos, photos and slideshows as the speakers delivered content. Then, on the backchannel, the link was shared as was the e-mail address where anyone could add conent. The Posterous site took on a life of its own and is still going. What I really like about Posterous is the speed at which it allows you to share and connect with multiple networks. With a wifi connection I was able to upload multiple photos, video, and even audio files instantly which are shared with my entire ecosystem. I can't help but see the potential for journalists, brands and organizations who want to produce content rapidly and establish a both a home base and distribution network for people to digest that content.

As cliche as it sounds, pushing yourself every now and then definitely makes you more resiliant. In addition to brutal travel times, jetlag and delivering a 1/2 day session I thought it would be fun to Join Gavin Heaton and Ian Lyons on a motorcycle tour up the great ocean road. It was utterly amazing with breathtaking views. It was also slightly dangerous with hairpin turns alongside cliffs and oncoming traffic not to mention riding a Harley for the first time, on the left side of the road. But the moment of truth came at night when after over 8 hours of riding I found myself having trouble seeing the road (it was pitch dark), while freezing a bit after the sun went down. All I remember is following the Ian's taillight which I could barely see and hoping he wouldn't lose me. But, we made it back in one piece and it was a day I'll always remember. 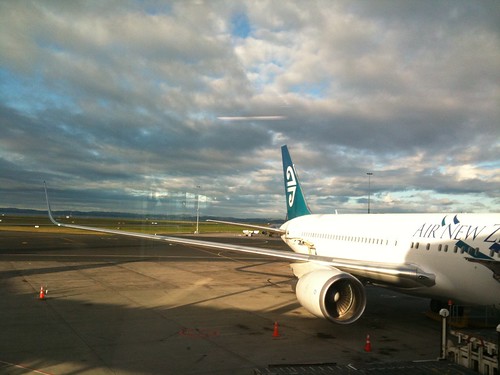 Since Air New Zealand was a sponsor for the Marketing Now event, they picked up the tab and flew me over. It also meant that my trip was significantly longer with the stop in Auckland including all the transfers. However, I was fortunate to be able to fly their Business Premiere Class which was top notch. The combination of attention to detail in the service, having a flatbed and a lounge where I could shower and even get a massage really helped make a 30+ hour trip a not so terrible experience. I found myself thanking Air New Zealand multiple times for providing such a great experience. 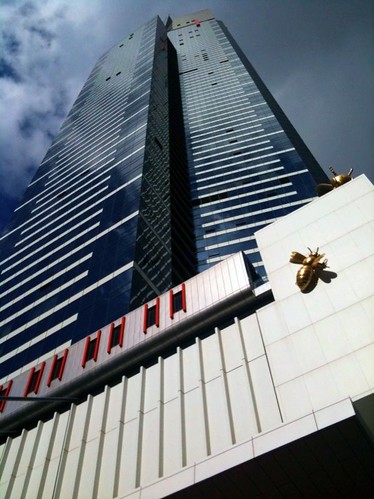 With several days dedicated to the conference, there wasn't much to do too much exploration of either Sydney or Melbourne, so doing simple things like going to the top of the Eureka tower or walking around Sydney harbor, while touristy are also highly rewarding if you free yourself from the mindset of being a tourist. It's all about making the most of where you are with the time you are given. And in that mindset, you can learn to appreciate anything.

So these are a few things I've learned. I'm just sharing and if you want to see more pictures/video, go here. And a special thanks to my numerous hosts (Stephen, Siobhan, Gavin, Mandi, Katie, Nicole, Anne, Jim, Patty, etc. etc.) for making a stranger in a strange land feel at home.