« The Value of Visual Thinking | Main | Nussbaum on Design, Disruption and Innovation » 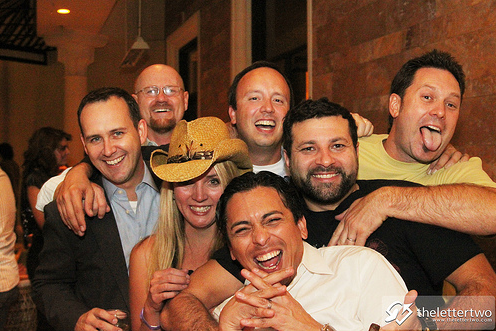 I recently returned from Blogworld 2009, a mix of business, social media and social events which spanned nearly 4 days taking over much of Las Vegas. It was a flurry of activity and got my gears turning—here's a few things that caught my attention:

Sponsored conversations aren't a blogger's biggest concern
One of the panels was dedicated to discussing and debating the notion of "sponsored conversations". To be honest, it didn't clarify much for me and while the recent FTC announcement is worth taking note of, I think bloggers have bigger fish to fry, such generating a quality readership/community in a noisy, saturated market. That said, according to the panel this post is a sponsored conversation and I should disclose that as a speaker, blogworld funded my airfare and hotel stay. Now that that's over with, back to the writing.

Do you believe in life after public relations?
From Ford's Scott Monty (pictured above) to Comcast's Frank Eliason, there were many famliar faces at Blogworld, who frankly deserve to be at any event where all the "social stuff" is evangelized, discussed and debated. They have broken new ground in organizations, working very diligently to do so. I've come to know many of these individuals and consider some of them friends. Though something struck me in listening to Scott Monty's talk; when he was asked if he made any mistakes, he more or less responded that not scaling soon enough was one of them (and he was working on that). In a moment of clarity it hit me that unless companies significantly scale AND integrate social initiatives, the immediate benefit may in fact be good public relations (if you do it right) but perhaps limited to that. I am in no way discounting the value of this—but when thinking about the potential of how a socially calibrated business could operate, it makes me want more. I believe in life after public relations and think the next wave of social will be done at scale in an integrated fashion, somehow directly impacting the bottom line and/or innovating.

You'll never regret building your network
During my presentation, I had just about every tech glitch you can think of. Finally after getting it all working, Mr. klutz (me) kicked the power chord shutting down the computer which hooked up the the projector. There was no way for me to effectively proceed since the talk was completely dependent on visuals. AV had left and I was at the mercy of the audience. I was prepared to go on without slides, but before doing so I asked if anyone from the audience could help. Within a few seconds someone jumped up behind the table alongside of me and after some fancy tech footwork got the system working again. My takeaway? Being a part of a healthy ecosystem means that people will help you when you need it. You'll never regret the time you put into it. On that note, I've shared my slides on slideshare and included them below.
The Value of Visual Thinking in Social Business

Data matters
On the last day of Blogworld I attended Jeremiah Owyang's solo session where he discussed some trends shaping the future of the social Web. There were 3 examples in particular that stood out for me. One was a Volkswagon initiative which would serve you up a vehicle recommendation based on your Facebook data. Jeremiah questioned the validity of this approach when one of his recommendations was a VW Bug, which he assured us would not be his preference. It's clear that tactics such as this are in their infancy. The second was the trend of integrating social sign-ons into Websites. It's a convenience to users but using something such as Facebook Connect in place of something like a traditional e-mail address means Facebook "owns" that data. And lastly, the point of integration was made. What happens when there are multiple systems including social ones mining customer data but they aren't connected? The idea of a social CRM (Customer Relationship Management) system becomes something to ponder.

There were certainly much more, but these stood out for me. I shared a few other thoughts on a brief podcast which David Thomas from SAS featured on their blog.