« The Rise, Fall and Resurrection of the Rock Star | Main | Give Before You Get »

When The Ending Isn't Happy 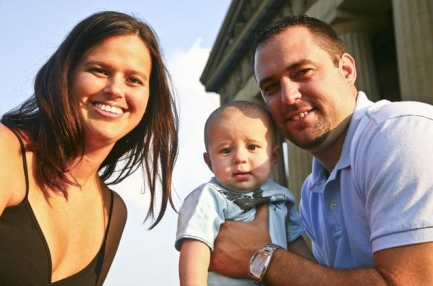 The picture above is of the Loveless family—Jamie, Chris, and their son Gavin. Ken Burbary alerted me through a private message on Twitter that he was going to try to help the family when Jamie became admitted to the hospital for H1N1 flu. Ken wanted to help the family who found themselves stranded in Florida away form their home in Tennessee in a crisis. In two days, Ken and his network raised over 6 thousand dollars through the social web. In two days, Jamie's situation went from bad to worse and she passed away after developing severe pneumonia (most likely caused by the virus).

I guess I feel compelled to write this for a number of reasons. First, as a human being and parent I'm saddened by the story. Secondly, it hits even closer to home as Ken leveraged similar tactics to the the ones we used when helping another family in crisis. Lots of people said that event could not be duplicated and they were partially correct (I could not duplicate it). But others like Ken who have built networks (and trust) over time can choose to tap them if and how they see fit.

Unfortunately, despite the amazing effort and funds that were raised, this did not end as well as the situation I was involved with. I'm not really sure what else to say except that those who helped get the word out and raised funds did a good thing despite the outcome. And to Ken, thank you for leading the charge. My thoughts (and prayers) go out to Chris, Gavin and their family and friends despite the fact that I don't know them personally. I'm sorry for your incredible loss.