How Google Helped Save A Life 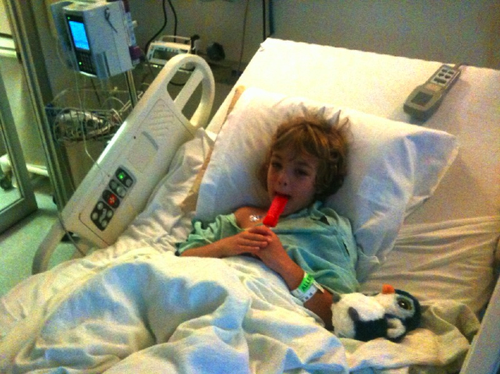 When my eight-year-old (Max) complained that he wasn't feeling well, we kept him home. On the next afternoon, when he complained about stomach pains, I told him to lie down. Later that day, when the stomach pains persisted and I had left the house—Belinda turned to Google for help. Mother's intuition told her to search for information—specifically where the appendix is located. And after doing so she went up to Max's room and pressed down on the right side of his abdomen. When he winced in pain, she decided to call the doctor. The doctor said go to the emergency room. The ER said, get a cat scan and the cat scan said it was irritated. Then the surgeon said it was early, but in a day or two it was likely to burst.

So the surgeon gave Max an appendectomy and I gave him a Popsicle.

Thank you to the Internet, Google, Mother's Intuition and all of the doctors, nurses, co-workers, friends and family (including you) for all the kind words. He's doing well. So is the penguin.