I'm still Recovering from SXSW. It was everything I expected: bigger and more overwhelming than last year but also just as unique. You've probably heard that the content at SXSW isn't that great—it's not. At least that's what nearly everyone I talked to who attended panels said. The most common phrase?

"I didn't hear anything new"

But this isn't why you go to SXSW. You go there because It's still the only event where you'll be able to connect with literally thousands of your peers in a location that's just as wonderful and weird as our industry. So despite the disappointment on content—I'll be returning. As I suspect thousands will. Why? Well look at the popular social platforms that are winning: Facebook, Twitter and more recently Foursquare. A social platform wins not because of a flawless experience (though this doesn't hurt), it wins because all your peers are on it. As long as SXSW attracts your connections, both personal and business—it will win.

Special thanks to everyone who attended our Allhat 2 event which was about as special as it gets (video above). To my co-host Richard Binhammer from Dell, our sponsors, Edelman Digital (employer) and BlackBerry (client) and everyone who worked behind the scenes.

See you next year. 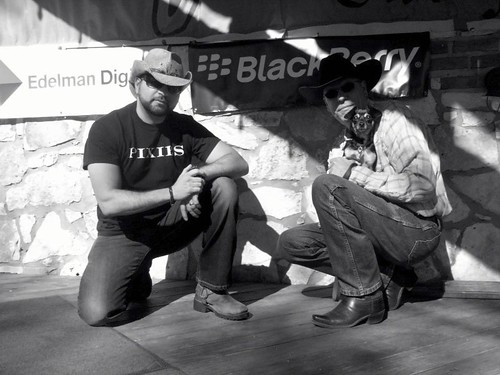