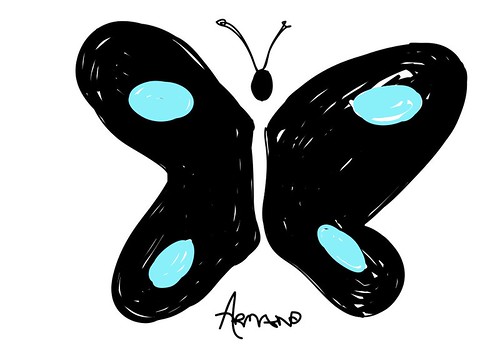 From Wikipedia:
"Metamorphosis is a biological process by which an animal physically develops after birth or hatching, involving a conspicuous and relatively abrupt change in the animal's body structure through cell growth and differentiation. Some insects, amphibians, molluscs, crustaceans, Cnidarians, echinoderms and tunicates undergo metamorphosis, which is usually accompanied by a change of habitat or behavior."

But really it's a fancy word for change, though if you read the text in the definition carefully, the word "abrupt" may stand out. Most change happens gradually over time like the frog who doesn't realize the heat in the pot has been gradually increasing until it's too late. The water boils and the frog gets cooked.

Now pay attention to this in particular "accompanied by a change of habitat or behavior". The butterfly needs the chrysalis in order for abrupt metamorphosis to take place. For individuals, we might need something just as encompassing. For organizations it might take going to the brink of being put out of business in order for the chemicals of metamorphosis to be unleashed.

The point is, sometimes abrupt change is needed. Gradual change which may have gone unnoticed might have gotten you into a less than desirable situation but abrupt metamorphosis is needed to fly out of it.