Due to weather conditions, Heathrow airport has been thrown into complete chaos, shutting down and leaving hundreds of travelers stranded (I'm writing this from London and will have to head there tomorrow). Aside from the major inconvenience, it also serves as a clear demonstration that companies who initiate social initiatives (such as a Facebook page, Twitter account etc.) will naturally over time learn that they serve several functions. As shown below, Heathrow (thankfully) has been using its Twitter presence to provide updates that are better than what you'd get from many other sources: 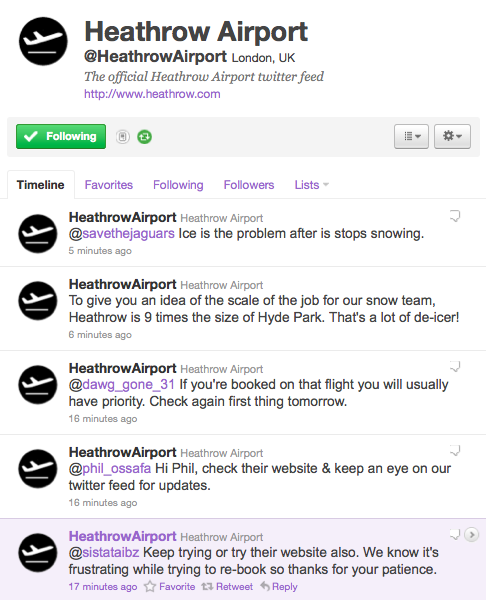 Now take a look at what how their digital embassy runs during less critical times: 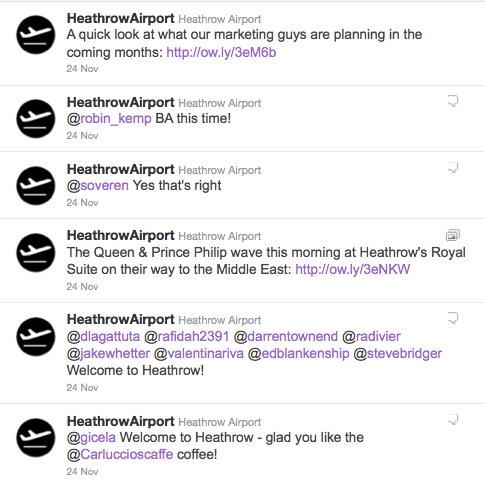 It's a simple example of an organization which uses it's social properties in ways that blur the lines between marketing, communications, and customer service to a certain extent. Why does this matter? Because increasingly social initiatives are looked through a primary lense. That lens could be marketing, but what happens when your consumer package product gets recalled? The point is, as I've made numerous times before—"social" is bigger than a single discipline and requires coordination between them: 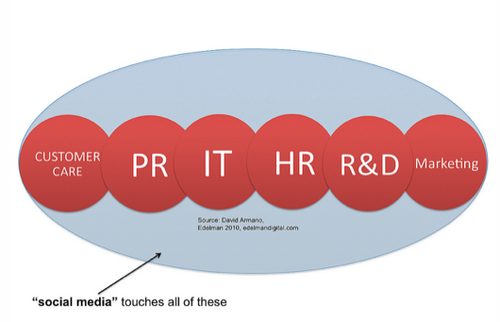 And now that I've gotten this post out of the way, wish me luck on getting home from the UK. I'm going to need it!