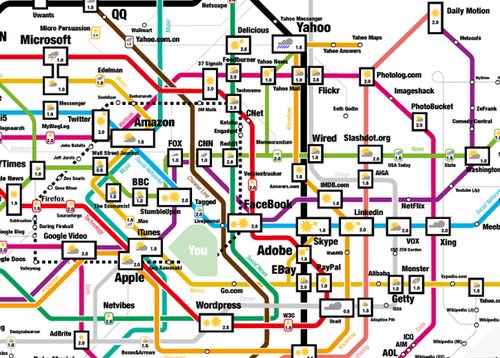 I'm fortunate to be sitting in a nice room, sipping a cup of tea on a cold English morning as opposed to being stranded on a hard airport floor as hundreds of others are (for now). Though I hope to get home soon and really have no idea when that will be, I'm having a bit of an epiphany—which solidifies what my perspective for has been for years now.

Infrastructure (or the lack of) is the ALWAYS at the core of most issues
By infrastructure, what I mean is a certain set of resources, preparedness, technological relevance, tools, people, hardware, guts, nerve system. The essentials. As the British government debates on whether it makes sense to invest further in their transport infrastructure, the debate hinges on a certain question:

Will it be this cold in the years to come?

This question is an important one, as it's a pragmatic way to look at the problem. If the answer is no, then perhaps there is no need to invest in better systems. If the answer is an absolute yes, then an investment over time might be wise. Let's look at another question:

Has social technology fundamentally impacted how we view media, and conduct business?

Ok, this is a two part question. Let's say your answer is yes to media and no to business. On the surface level what seems to make sense is to invest in the media part (whatever that is) and ignore the business part. Problem is, as you dip your toes into social media waters, it quickly becomes apparent that media as we know it has changed. Networks don't operate the same way media operations worked. They have their own economies. They in fact blur lines between employees, customers, advocates, detractors and empower individuals to become stakeholders in the areas you wish to do business in.

So, the lines between media and business become less clear than we imagine and marketing doesn't live in it's own blissful bubble anymore. In the networked world, the expectation is that being a node on the network means you are representing the entire organization/business and not just the marketing arm.

Back to Heathrow, London, Infrastructure and my uncertain near term prospect of leaving. Heathrow provides a service and is a business. Like any business, it does marketing—has employees, conducts communications initiatives, manages crisis situations (right now) and operates a series of systems that allows it to function. It can't market itself out of this scenario, but it can look at its systems moving forward.

Food for thought in 2011. Every business has a series of systems and infrastructure in place to keep it running. Even if the goal is to EVOLVE the communications/marketing arm of your organization because you fundamentally believe that the game is changing—there is no way to do it without picking up the hood and looking at the engine. Not just the oil or the windshield fluid level, but the ENTIRE engine.

Only then can you diagnose what needs to be fixed, so that engine can run how it needs to. Take a lesson from Heathrow and think about your own infrastructure as you plan initiatives for 2011. Does anything need fixing BEFORE that snowstorm hits?