Humans Are The Killer App 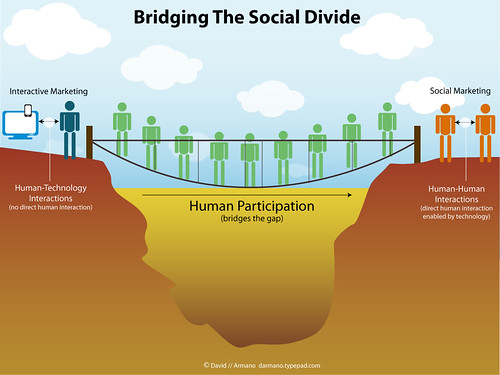 Some may have scratched their heads a bit when I announced a little over a year ago that I was joining a "PR firm", especially since I've never worked formally in the field. But I think the recent news of Edelman making the Advertising Age "A-List" and specifically some of Richard Edelman's comments both in the video and article do a nice job of articulating why I moved into the direction I did.

"Marketing is more about the conversation now,...These other types of agencies will eventually set up units to do the things we do, but the question is, can they morph their mentality? We come at it differently and push the consumer experience and two-way discussion,..."

And of course, for me it's much more than marketing but it's the idea of business being prepared to operate in a world where human to human interaction in communications, HR, customer service, research & development and pretty much any business function you can think of, re-calibrates itself as human beings leverage our new connectivity for the mutual gain of customer, business and any group which has a stake in the conversation or dialogue and the outcomes that emerge from it. Turns out that with all the talk about digital, it's really humans that are the killer app.