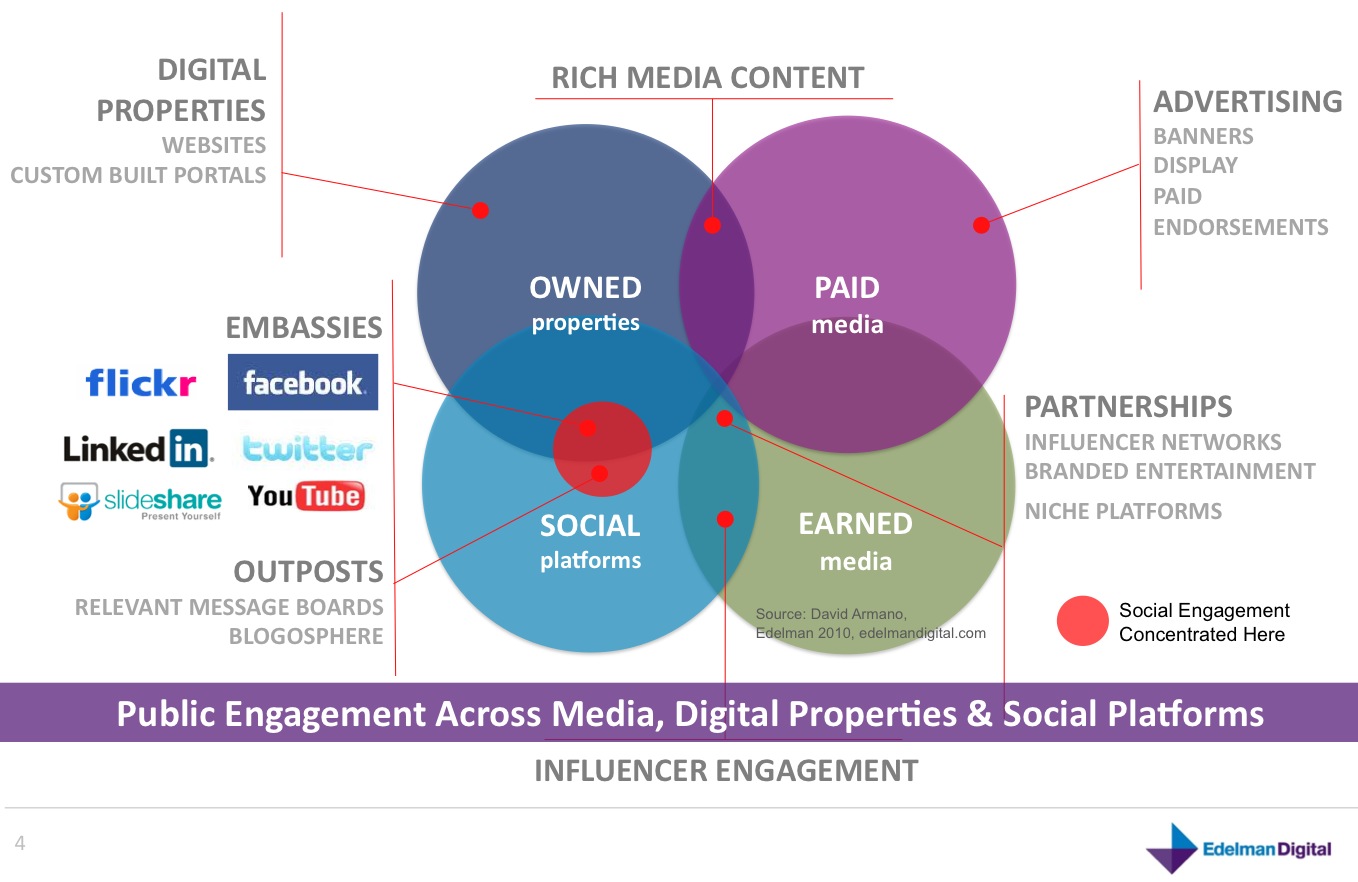 Earlier this week Facebook announced its intentions to capture attention where it naturally lives--in the stream (or in the case of Facebook, your wall). The move signals what is likely going to become a standard for businesses hoping to become more visible and relevant to their audiences, it blurs three types of media (paid, earned, and social).

Paid:
Businesses will now have the opportunity to "enter the stream" not by force but through association with a participant's behavior. In exchange for the contextual visibility, the placements will need to be bought. This part is a true paid media model.

Earned:
A business will be mentioned in context with a post so although it has to "buy" its way in, it relies on the participant to take an action related to the business. If a participant "checks" into a BMW dealership for example, that provides an opportunity for the business to "sponsor" that status update. But the business has to earn it through the relevant action of an individual.

Social:
This model is only possible through the existence and popularity of a social platform, naturally it's associated with "social". However, social behavior can also be associated with the "sponsorship" if conversations and interactions around the sponsored activity occur. For example if "Tom" checks into a BMW dealership and friends "Dick & Harry" both comment and converse, there has now been a form of social interaction and the brand may benefit from it.

The Risks & Rewards
Facebook aside, this type of social platform monetization underscores that the lines between paid and other types of media will increasingly blur and overlap. While it may sound like a dream to some marketers and potentially intrusive to social network users it does come with a risk that depends on that ever tricky game of sentiment. If "Tom's" BMW check in status says something like, "I've never been treated so rudely" then the sponsored story becomes a dent in BMW's brand instead of a reinforcement. This model will only be as good as the ability to filter positive from negative which without human intervention is very difficult to do. Regardless, we're entering a new era of influence where the the battle for your attention will be fought in the media overlap.