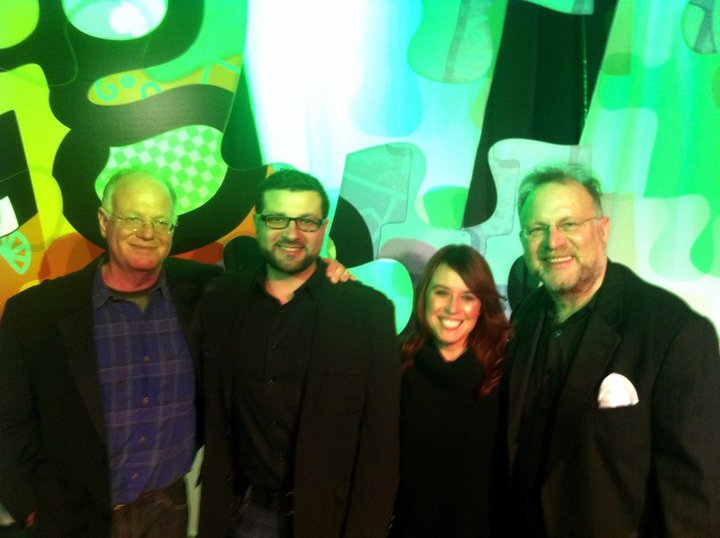 Just wrapped up a few days with over 400 folks from around the world who either operate franchisees or work directly for Ben & Jerry's. That's Ben to my right and Jerry on the other end. My colleague Libby is to my left (Ben & Jerry's is an Edelman Digital client). One of the things that really stood out about the summit was the vision that Ben & Jerry had at the very beginning of building their business (and brand). Their vision was that of fairness. Specifically, that a company does not have to exploit individuals in order to be profitable. A fair profit, gained from ethical business practices such as fair trade and a way of doing business which allows producers such as farmers to benefit proportionately from their labor and resources. This is how Ben & Jerry's feel business should be conducted.

Ben and Jerry also believe firmly in the power of community and that a business has the responsibility to give back to it regularly. Call it a socially active and responsible business model if you will--to me it seems that in 2011, amid a near global recession and public skepticism, it's more relevant than ever as trust in institutions erodes. A few days with the folks from Ben & Jerry's taught me several things, the first was an understanding of how rare it is for an organization to operate in a way where the people who are a part of it genuinely align behind the shared values first espoused by the founders. Secondly, I was able to get an inside glimpse of a company that is authentically passionate about the people they serve--"love our customers more than they love us" is the mantra behind the brand.

And lastly, as all of the attendees descended upon St. Jude's ranch for children to perform a day of community service, I learned that a community is not only to be managed--but also served. So thanks to Ben & Jerry's, the company and the founders for the free sample of your corporate culture and for the demonstration of how a socially active business works