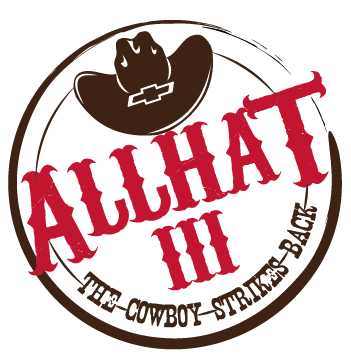 We're in the final stretch of planning the third "Allhat" event at SXSW which will be co-hosted by myself and Dell's Richard Binhammer. This year we are really excited about it as it is being sponsored by one of the more prominent brands you'll see at SXSW, Chevrolet. However—there's more to Allhat than just another event you'll hear about at SXSW. We think it's pretty special. In a nutshell, here's what it is:

“Allhat” is a very unique event held just off Congress Ave in the heart of Austin at the authentic tex-mex establishment, Guero’s. The event is co-hosted by well known social media practitioners and personalities Richard Binhammer and David Armano. Approaching it’s third year, it attracts some of the most influential names in social media marketing ranging from Hugh McLeod to Brian Solis as well as many brands, agencies and organizations pushing the envelope in all things digital & social. However, the vibe is uniquely relaxed, authentic and the brunch/music format is designed to facilitate quality conversation as opposed to power networking.

Here's a few sights, sounds and word of mouth from previous events:

Word of Mouth
“I went straight to the Allhat2 event in a really cool area of Austin I had missed on previous trips. It was down on South Congress in a great, outdoor taco joint called Guero’s. It was definitely the best SXSW party I’ve ever attended. A warm breeze, live music you could speak over without shouting, great people, tacos and breakfast burritos.”

“Best party of the weekend in my opinion?  All Hat 2 at Guero’s Taco Bar on Sunday at noon. Why?  Not because it was thrown by social media giant David Armano and big business Dell..but because I felt it truly captured what Austin is about.  Guero’s is a local favorite.  They have fabulous margaritas and breakfast tacos.”

“The best parts of this year’s SXSW largely took place outside the framework of the actual conference. The best parties are always those that are purposely kept quiet, and this year was no exception, with David Armano and Dell’s Richard Binhammer reprising the daytime All Hat party for social media types”

This year's event sold out quickly, but if you're a friend please put your name on the waitlist as review it reguarly. See you in Austin!