« Is Social Business Innovation? | Main | How Charlie Sheen Is "Winning" The Web »

Stop what you're doing and take a look at this new project from Vanessa Miemis and company. It's a deep dive projecting the impact on Facebook from a societal, economical, technology, environmental, and political perspective. The project features commentary from a diverse set of minds including: 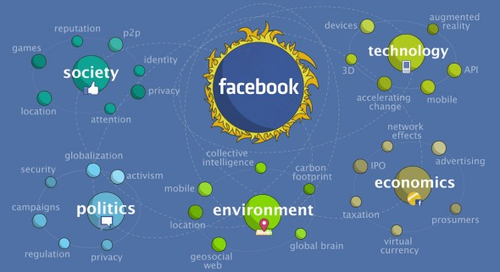 ....and myself. But this heads up isn't self promotion. This is a topic worth exploring and these are some of the most interestng minds curated together in one place. I really think this initiative will yield some interesting insights as to how Facebook is influencing our daily lives and what it may look like in five years. I have some definititive opinions on the subject. Facebook's growth is exponential and it's future is depentant on how that growth can be sustained. The project itself is an interesting experiment. It's being crowd-funded on Kickstarter which allows anyone to micro-finance projects such as this.

I'd keep an eye on this one if I were you. Venessa and team are some of the smartest folks emerging on the scene and this project has legs. Have questions or opinions on the future of facebook? Ironically you can express those on Quora.