« Your Social Business Problem Isn't Technical | Main | A Construct of Connectedness: The State of Community Management »

A Few of My Favorite Things: SXSW Edition

The interactive portion of the infamous SXSW event in Austin is finished and I'm still processing everything that went down. This year, there was no clear emerging platform winner, though the group texting service GroupMe did get a fair amount of buzz. I used the service with a small group of friends frequently while down there and it did come in handy at times. Tech Crunch reported that the big winners were advertising itself, and the iPad 2. But winners and losers aside, I had a productive and action packed time down in Austin these past few days. Here are a few of my favorite highlights: 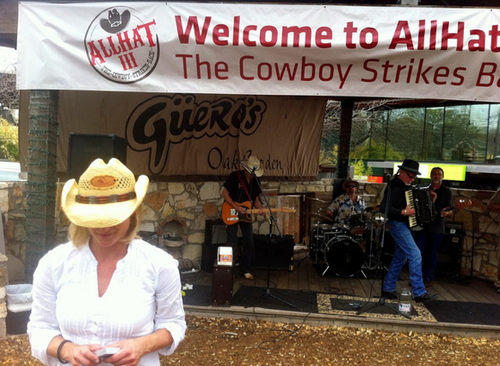 Yes, I'm going to be biased on many of these—however this year's Allhat was our biggest and best so far. It was the first year that we had a SXSW exclusive sponsor (Chevrolet) which allowed us to do things like have drink tickets in addition to the live music and breakfast tacos and we were still able to retain the chill vibe of the event. Everyone seemed to have a good time.

I was informed of the SXSWCares initiative in the blogger lounge at the conference center. The initiative was set up in real time to help raise funds for the disaster in Japan. The effort was partially powered by the CauseVox platform (I interviewed the founder) but even more significantly it was fueled by volunteers such as Leigh Durst who passed on many of the parties in order to get this initiative launched and maintained. 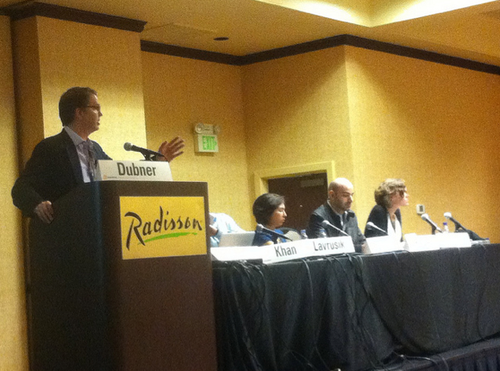 I caught a handful of panels and found the most interesting and refreshing to be the one on the Arab revolutions moderated by Edelman colleague Russel Dubner. For starters, it included an interesting and well rounded linup featuring Azmat Khan; Habib Haddad, Founder of YallaStartup; Katherine Maher, a technology and international development specialist from the National Democratic Institute; Susannah Vila, Director of Content and Outreach for Movements.org (client); and Mashable’s Community Manager Vadim Lavrusik. The discussion was lively and put forth some interesting insights such as the role emotion played in the distribution of content across the social Web. The panelists also underscored the importance of all digital forms of communication, not just social—such as the use of Google maps and SMS. 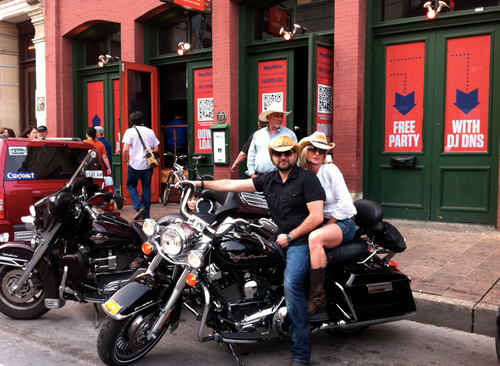 This year I decided to rent a Harley-Davidson Road King for a few days as a way of getting around and also getting away from the crowds. I managed to get out of the downtown Austin area with Geoff Livingston who also rented a bike and we rode through the hill country stopping at a local establishment with over one hundred bikes parked outside. We thought we were dead meat after walking into the place with a bunch of REAL hard core bikers, but they ended up being very nice.

Favorite Conversation: The Future of PR I teamed up with eBay's Richard Brewer-Hay (Edelman client), to host an interesting conversation on the future of Public Relations. The conversations were informative and vast as we covered ground from traditional versions of PR where agents work behind the scenes to a more integrated model of strategic communications where anyone can act as a spokesperson. The room was packed and we debated the merits between campaigns vs. connections and the realization that with social media we are all just one tweet away from getting fired at worst—and at best, the industry is in a position to lead based on its understanding of relationships. 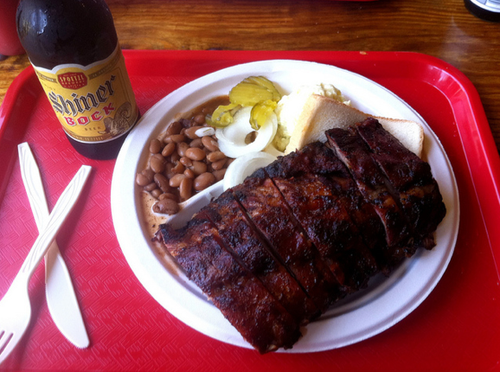 Sure you can go to fancier places such as Lamberts, but Iron Works is tasty and gives you just the right mix of the basics. Smoked meats, a slice of bread and an ice cold Shiner.

I've seen these guys play in Austin once before and to say they rock would be an understatement. If you like the blues, Stevie Ray, and dudes that play the guitar with their teeth, then you will like JT Coldfire. 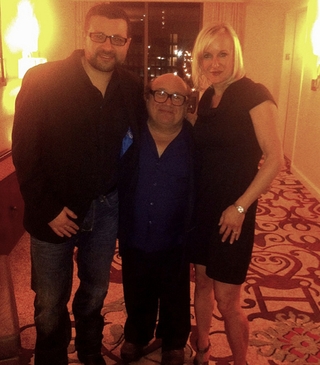 Mr. DeVito was staying at the Four Seasons too and we shared an elevator with him. We then struck up a conversation and chatted a bit about his new YouTube project, then he offered to take pictures. Nice guy.

So, those were a few of my favorite things from SXSW. Did you go? What where yours?