« The Proposition of Automation | Main | The Multiple Choice of Criticism » 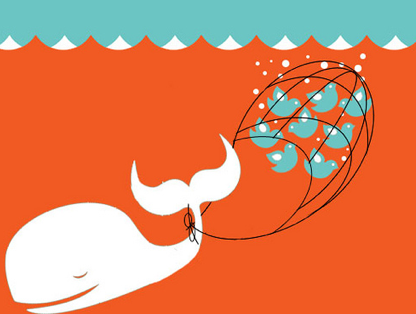 The NY Times recently reported what regular users of Twitter already know. Follower counts are an indicator of influence but not a very good one. And yes, followers can be and are gamed frequently with the assistance of shady web services. Here are a few more critical Twitter influence indicators:

1. Lists
Being included on lists gives us two clues. One: Being included on thousands or more signals that you are visible. Two: The categories people use to classify you tells you something about the topics you have influence in: This is known as “topical influence” and it’s really what counts in influence.

2. Retweets
These tell you something about how willing people are to amplify your messages and help them spread. A retweet essentially says “this is something I want my network to see”. It’s Twitter’s version of viral loops.

3. @Replies
These signal how much others want to talk to you or intentionally tag you, and also serves as an indicator for how willing you are to engage and tag others. Less replies signals less social interactions and more broadcast.

4. Follower Ratio
Generally, if a user on Twitter follows a disproportionate amount of users than follow them, it signals their desire to accumulate followers. Not always, but often. A 50/50 ratio translates to someone following back anyone who follows them, which includes spammers. Twitter users who follow significantly less than are followed indicate some selection process.

5. Tweet volume
This simply indicates how prolific a user is. Those with high volumes who retain high levels of engagement, list counts, retweets, and a healthy ratio are likely providing some type of value. High volume Twitter accounts with suspect ratios, low engagement, etc may have a high noise to signal ratio

6. Favorites
Getting favorited frequently does mean something, though because Twitter users leverage Favorites so differently, it’s nearly impossible to discern exactly what, other than you triggered a behavior (the action to Favorite) for some reason.

7. Quality of connections
The most difficult to quantify and probably THE most important indicator is the quality and RELEVANCE of who follows you on Twitter and who you follow back. Targeting the right audience and earning their attention (and Trust) is ultimately the best (and softest metric). Follower counts (and ratios) are an indicator, but only one of several and one of the easiest to game.