« The Cure For Social Media Schizophrenia? Simplicity. | Main | Is a Social Currency System The Next Big Thing? »

The ROI of Your Mother 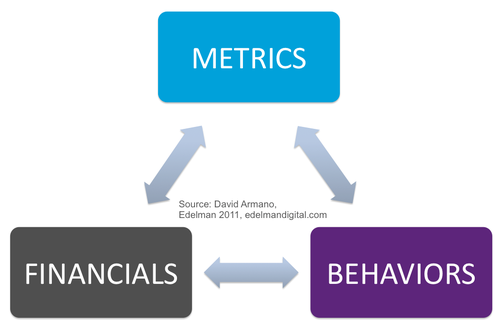 Cue the laughter and give Gary Vaynerchuck a high five. Saying something like "what's the ROI of your mother?" is bold, human and funny. Several years ago I watched as Ford's Scott Monty delivered a talk in Paris and he also asked "what's the ROI of putting your pants on in the morning?". Also a great way to work a crowd and get you thinking. But keynotes and meetings in boardrooms with executives are two different things. I bet Scott digs into things like metrics a bit deeper as he plans multiple marketing campaigns which integrate social strategy and implementation. So to be clear, Gary is great, Scott is great—now let's talk metrics, behaviors and financials. In fact, let's get specific on an example for illustration. Many of you who know me, may remember that we raised nearly 17k for a family in need (12k in less than 24 hours) a few years ago. We used nothing but social networks to do this. Let's break this case down to see if the above model holds:

Metrics: Things you can measure
There were so many metrics that I was able to look at during that initiative and they meant different things. Here were a few that I noticed:

-Re-tweets: The number of re-tweets from my Twitter updates was something I kept track of for a while. It Was one of the main indicators that the messages I was sending out was indeed getting amplification.

-Page views/traffic: Traffic to my blog was over 10x normal traffic. This gave me an indicator that the message was not only being amplified but that it was driving traffic the the right destination at a rapid rate.

-Clicks, Diggs, Referrals: Back in 2009, Digg was still kind of a big deal in terms of routing traffic to a destination. Today, shares, likes, and any type of measurement which tracks sharing across networks mean your content is being routed.

-Google Page Rank: The word "Daniela" ended up being the 8th most popular result out of 42 million. In this case, not hugely relevant. However, to go back to Scott Monty for example, I'm confident his teams are tracking Google page ranks of words such as "Focus" and what they can do to improve Ford's ranking.

Behaviors: Targeted actions and desirable outcomes
There are lots of actions which lead to micro metrics, for example influencing the behavior to share a link or click on something. These are hard metrics. Then There are soft metrics. During our experience with the Daniela effort—I was caught off guard at the fact that it drew criticism. This was due to fact that it got amplified so quickly and drew so much attention. There were certain things that I did intentionally to help influence a certain behavior; Advocacy. As some of the criticism was documented, a small percentage of "nodes" in the network became activated and advocated on our behalf. Advocacy was the desired behavior. The desired outcome included things like Twitter being pressured to shut down an account which was impersonating me. That was a favorable outcome. Behaviors lead to outcomes—don't forget that.

Financials: Cost savings or earnings
Typepad costs me under two hundred dollars a year. Twitter costs nothing. However I spent hundreds of hours of my personal time in putting effort into informing the stakeholders of this initiative, blogging, setting up the payment infrastructure etc. In addition to that, there was the thousands of hours spent actually building up the network. But, ultimately there was a number reached which we could point to: $16, 880.60 to be exact. There was also a percentage we could point to—we had exceeded a targeted goal by 337%. 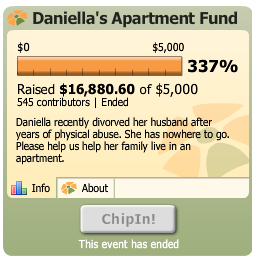 The bottom line: Business likes tangible results
There were a lot of intangible results I could go which relate to this example. It was the catalyst for many interactions which have benefitted others as well as myself. All soft "ROI" indicators but valid nevertheless. This side of the equation speaks to the "what's the ROI of your mother" part. Or you could just say we did the right thing, and it paid off for all parties. However, for most CEOs, CMO's and business execs—doing the right thing isn't often enough. And it's why we need to measure and analyze and report. The ROI of my mother is common sense—I would not be here today without her. I just don't expect the CMO of a global organization value that as much as I do. We're in the "doing" stage now of all of this and like it or not—we need to move business conversations beyond putting our pants on and invoking our moms.