Digital Influence: We're All Somebody 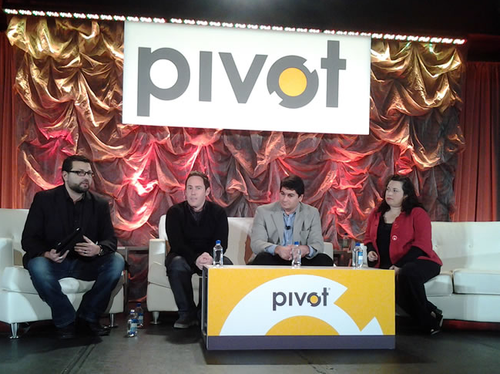 Recently I had the privilege of hosting a stimulating panel at Pivot 2011 with Joe Fernandez, founder of Klout, Larry Levy, co-founder of Appinions and Elisa Camahort, co-founder of BlogHer. The idea of digital influence or how influence works within the social-digital space is on the mind of not only marketers, but policy makers and anyone in the business of communications and or influencing stakeholders to achieve desirable outcomes. While measuring digital influence and doing something with it is still in its infancy, I believe strongly that there is a large opportunity in understanding the dynamics of networks and how ideas, opinions, stories and narratives spread. For an example of this, take a look at the NYT cascade pilot which visualizes how a story spreads on Twitter.

Visualizations aside, our panel covered some interesting ground. Here are a few highlights:

Digital Influence & Real-World Influence, Related But Not The Same
I asked Joe Fernadez of Klout if he thought there was a difference between digital influence and real-world influence and he mentioned something he called "the Warren Buffet problem" referring to an individual who is clearly influential (and whose influence extends into the digital world) though is not personally active when it comes to their own "social graph'. From my perspective we can measure Warren's influence online via mentions, sentiment, coverage, volume of conversation etc. But where we have to get better at is understanding the "nobodies" who help spread Warren's message. These are individuals (and there are a lot of them) who nobody ever heard of but are critical in spreading ideas. To use Edelman's language—Warren Buffet is an idea starter and there are thousands of individuals, properties and media outlets on the social web who act as his amplifiers. Some of them have more digital influence than others—but it all adds up.

Topical, Temporal & Identity Based Influence: Find Your A-list At That Moment
Larry Levy of Appinions chimed in to state that they are working hard on the Warren Buffet problem by looking at the data. Topical influence means you start analyzing networks for influential data based on WHAT and not WHO (you can eventually end up with several WHO's and not just individuals. Temporal influence can indicate what person or digital property is influential in either a topic or related topic at that moment in time. These kinds of data sets through a wrench in the thinking that influencers can simply be "listed" and ranked. Elisa of BlogHer threw in a third consideration which is influence based on "identity" meaning if you can identify with the values and lifestyle of the person or media outlet you are exposed to that you are more likely to be influenced by what they tell you. An "A-list" of those who wield influence may be for a period of time or associated with specific topics and conversations—it may not always be the usual suspects. 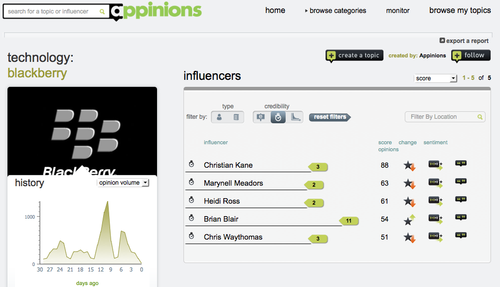 Automation Desirable But Not Fully Realistic Yet
As Larry noted, sentiment and things like language differences can be addressed by software and extracting data, but it takes people to look at the data and extract insights from it. And this is where I think the digital influence game is heading. Understanding what influences individuals or activates certain "nodes" on networks is really what this business will be about. It will also be about data. Accessible databases of not only who, but what and where (for example, being able to store and serve up high quality conversational data in a dashboard). Understanding who has influence when and how they use it will be critical to tapping a virtual army of advocates or on the flip-side having deep knowledge of "badvocates" or those who mobilize against you. Right now, no tool does this with great precision—but platforms such as Appinions, Sysomos, Radian 6, Peer Index, and many others are all vying to produce the most actionable data when it comes to understanding and acting upon digital influence. (Edelman also has Tweetlevel and Bloglevel tools which play in this space).

With platforms like Klout evolving their Perks program, digital influence will only rise in popularity due to the fact that social is shaping up to be the other side of the coin of search—and the two will influence each other. Since Google's Panda changes to the algorithm—it's not only number of outbound links that matter but the quality of those link sources. Influential entities often drive high quality links as well as volume, and this is why we're all going to be so focused on who is influencing digital conversations, when, where, how and why. On the social Web, active participants are all "somebodies" with some degree of influence—but understanding how to harness the right data and act upon it will likely take some time.