Starbucks Reminds Us What We're Made Of 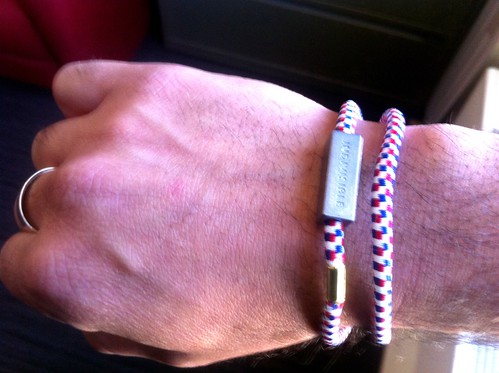 Over forty years ago my parents came to the United States without much to their names to describe it generously. They struggled, started a family without secure or decent jobs and ultimately started a small business which was enough to sustain their family and see three children through college and even grad school.

Fast forward to yesterday. I was skimming my feed on Twitter and came across a Tweet from Umair Haque, a well known voice and contributor to the Harvard Business Review who had some less than complimentary tweets, some related specifically to the Create Jobs For USA initiative launched by Starbucks (be sure to watch this video interview with Howard Schultz on CNN). It was Umair's tweet and his take on the initiative which led me to check it out—but shortly after I was interrupted by one of our boys who had gotten sick and I had forgotten about it.

Earlier this morning, I saw another Tweet which linked to the story on CNN and for whatever reason, felt prompted to take the elevator down to our building lobby to see if they had the five dollar wristbands affiliated with the program (the word indivisible is inscribed on it). I bought one immediately. You can look up the details of the initiative yourself but for me, there's something about this that strikes a chord and I want to be a part of it. My parents were entrepreneurs, I have a job I love with a great company because of an entrepreneur, and if we're going to make a comeback, it will be because of entrepreneurs—people who invent and reinvent themselves.

In the spirit of full transparency, Starbucks is a client of the company I work for (Edelman). But that has nothing to do with this post or the reason I bought the bracelet and the reason I'm going to buy more. The first two will go to my parents and I'll tell them why I got it for them. The others... I'm not sure. I'll figure it out as I go along and if I donate that will be my business. But sometimes hope comes in unexpected places and we need to be reminded of the resilience which makes us who we are.