The Year of the Change Agent 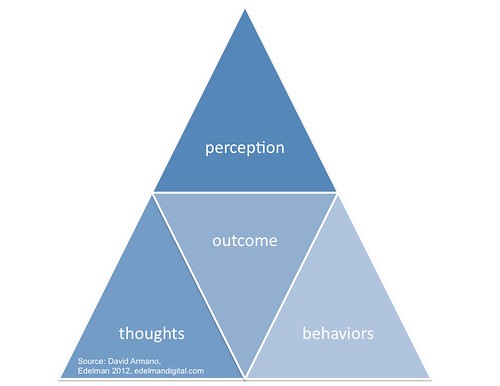 We've always lived and worked in a state of flux but one can make the argument that recent developments in technology, society and business seem to have accelerated the pace of change we have to contend with. Our mobile devices would have been considered fairly high powered computers not that long ago. We live in a hyper-connected state of existence, constantly sending out signals to friends, family, work associates, peers , etc. If this year belongs to anyone, it is the change agent.

You may be thinking—"that's exactly what I am," but chances are, if you aren't frustrated or feeling like you are constantly hitting wall after wall, you may not be the change agent you think you are. It's a thankless job, but a necessary one, now more than ever. Change agents aren't sprinters, they run marathons—and this will be their year whether they know it or not. But in order to do the job (and really, it's everyone's job if you're interested in innovation) there are a few key areas where the seeds of change will need to take root.

Thoughts
Change cannot happen without first influencing the thought process—the way we think about ourselves, our jobs our business and most importantly our missions. Change starts with the core of how we think about everything before we ever take action. It is thoughts which drives strategy and strategy which drives execution (when done right). Change can begin with a whisper—often times as a thought formed in our minds.

Behaviors
If thought is the seed then the living organism which springs from it is the behaviors which take root upon them. Without action, thoughts and ideas serve little purpose other than to inspire—which can ignite change, but not sustain it. A change in behavior can range from a shift in daily ritual, to the adoption of new technologies to reacting to environments in new and unexpected ways. When what we do is aligned with what we think, anything is possible.

Perception
When we realize that we are more in control of the way we are perceived than we think—change is possible. Sometimes altering the perception of ourselves whether we be individual or organization acts as a catalyst to influence thoughts and behaviors and other times it is a result—but either way we change when they way we are perceived is altered.

Outcome
Without a meaningful outcome which indicates the measure of change that has either occurred (or not) there cannot be change. An outcome can be an attitude—or it can be financial, but it's tangible. Not so long ago, the world thought Apple computer was dead. Having owned my share of overpriced and underperforming beige machines—I lived through that sentiment. Then change took root—thoughts, behaviors and perception of the company shifted and one of the indisputable outcomes is reflected in valuation of the company. Ask Apple's shareholders what they think of change.

2012 belongs to the change agents. But real change takes a complex formula of vision, perseverance and stubbornness to pull off.

Here's to all of the above.