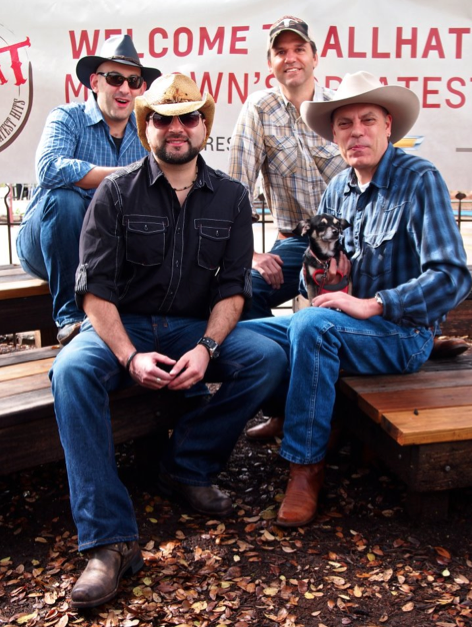 The interactive portion of SXSW is over—and by all accounts this year was the biggest (wettest) and probably the most "mature" of the event as more senior individuals from companies across the globe make their Mecca to Austin to network and learn about the convergence of technology and business. Here's a quick roundup of a few things I participated in and what I thought about them:

One of the highlights for me was the Social Business Summit hosted by The Dachis Group which kicked off SXSW. The event is intimate and invite only and I thought it was one of the better "signal to noise" ratio events connected to SXSW. IBM's Sandy Carter did a really nice job setting up the day with her social business construct and the folks at Dachis Group did an exceptional job orchestrating the speakers ranging from big strategic thoughts, to the nitty gritty practice as demonstrated by folks from Discover Card and US Cellular to wrapping up with views on "what's next" highlighting trends such as social shopping. The event caught the attention of Forbes Magazine which did a write up titled "What Do the Extinction of Dinosaurs and Social Business Have in Common?" 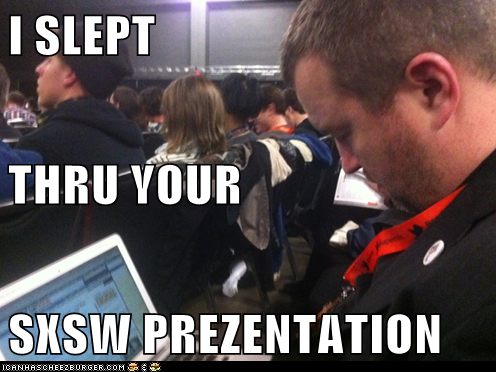 Legend goes that SXSW panels are hit and miss—and sometimes they even present opportunities to catch up on much needed sleep! I didn't attend many panels this year due to a fairly packed schedule of business meetings, client lunches and dinners and of course our own events, but I did see the interview of Dennis Crowley billed as "Making The Real World Easier To Use". The session was decent overall, nothing groundbreaking—however one thing Dennis talked about that I thought made immediate sense was how location based services like Foursquare can become more utilitarian as they get smarter. For example, as Forsquare remembers places you visit, it could make recommendations on similar places in different locations and serve them up to you. "Big Data", was a re-occurring theme in not only this panel, but perhaps the entire conference. I'd even say "Big Data" was this year's Twitter for SXSW.

This year marked our fourth "Allhat" event at SXSW—a tradition which started as a simple "tweet-up" several years ago. By all accounts it was the most well attended event we've hosted and my co-host Richard Binhammer and I were relieved that the weather cooperated. The Sun literally came out minutes after we opened the gate at Guero's. One of the coolest things about the events are the photos people take. You can view some great ones here, here, and here. 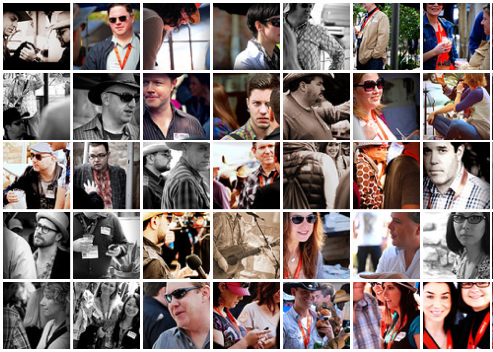 Measuring Media (Not Social ROI)
I also participated on a panel titled "Media Measurement: Science, Art or a Load of Crap" where we discussed the intricacies of what to measure when it comes to digital and social data, how to measure it and what it means. Bottom line, this is an area in infancy especially when it comes to the social side, but for whatever reason—our panel didn't cause the same stir as the panel on Social ROI before us. Below are some highlights from our measurement panel:

As usual, SXSW was a flurry of activity and for some an exercise in being both seen and heard. This year, you could see huge efforts from big brands like AMEX with huge activations including celebrities. Even agencies like R/GA got in the mix by driving a big white bus around with their logo prominently placed. At Edelman we sent over fifty staffers and hosted our second "Nightcap" event. To me, SXSW has evolved from a scrappy tech festival where geeks and start-ups gathered, to a high powered networking event which blends social and business seamlessly. It's increasingly important to be at this interesection.