« Social Business: Where It's Been & Where It's Going | Main | Move Over Entrepreneurs, Here Come The Intrapreneurs » 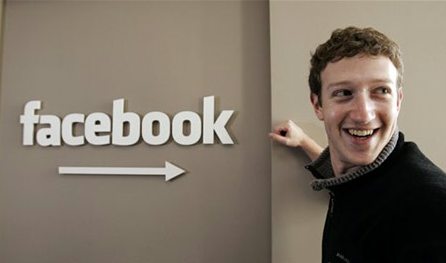 There's no shortage of commentary around Facebook as the smoke literally builds around it's engine while the social media rocket prepares for IPO liftoff. This piece won't be full of rational analysis but rather gut intuition. Here are a few things to chew on as you think about the global future with or without Facebook.

Zuckerberg Isn't Steve Jobs, But He's Jobs-Like
Mark Zuckerberg gets social like Steve Jobs got design. Furthermore, both share a core foundational value which is irrationally committed to making products and experiences which please their own sensibilities first and the market second. Does this guarantee Facebook's success? No, but it does guarantee that there will always be a vison and if you look up Facebook's corporate governance structure, you'll realize that it's a company being set up to be purpose and vision led. Bottom line, you're not betting on or against Facebook, but really Mark Zuckerberg.

Facebook Is Today's Telephone, E-mail & Internet For Many
Think about how you use Facebook, how your children use it (if you have them and they are old enough) and how your parents use it. It's already moving past "social network" status and moving toward something which looks more like a lifeline to the outside world. In conventional wars of the past, communication lines such as telephone would be cut so the enemy could not communicate. If conventional war broke out today—generals would plan to take the Internet out because of platforms like Facebook. Think about that.

Ecosystems Trump Products
Facebook was never a product from day one—it started as a social network and it's been steadily building up an ecosystem ever since. It's on our mobile devices, it connects with our Websites, it offers it's own line of credit, it has apps and developer communities built around it and it's spawned hundreds of start ups that employ thousands of people who would not be in their line of work if it were not for Facebook. The company has already gotten to this point with a significant advantage in that it looks more like an octopus than it does a shark gobbling up everything in it's path.

Big Business Is Built On Addictive Behaviors
Facebook is extremely addictive and one can find themselves spending a good chunk on their day there either working, playing or doing a combination of the two. Gambling became big business because of this. Drug trafficking, while illegal in most cases is big business and so are food industries built on menus with addictive items. As long as Facebook remains addictive to use, it will find a way to build business around it.

Global & Local Are The Future
While Facebook is still working on markets like Russia and China—there's no dispute that it's well into the process of being a global phenomenon and in addition, it can be especially relevant in local markets. Any local business which is self sustaining or part of a larger company can have a presence and run it with the local knowledge of their own markets. It is this combination which positions Facebook as something of a "virus" with the ability for it to "infect" markets through the people who use it.

Personally, I would not bet against Facebook. Even GM which announced this week that they were pulling out of Facebook advertising spending concedes that they are committed to other ways of integrating it (via content etc.). GM isn't betting against Facebook as much as deciding display ads weren't working for them. Of course, I could be wrong on all of the above—but intuitively my instincts are telling me, "don't bet against Mark Zuckerberg".

Posted on Friday, May 18, 2012 in Business, Social Business | Permalink