« 2013: The Year Everything Converged | Main | It's Time to Re-Invent Public Relations » 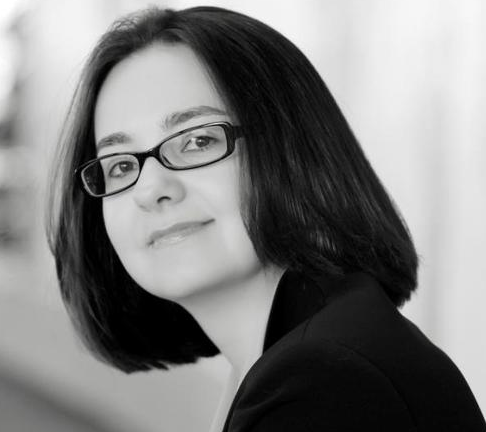 About the author: Ekaterina Walter is a social media innovator at Intel, a speaker, and an author of the book “Think Like Zuck: The Five Business Secrets of Facebook's Improbably Brilliant CEO Mark Zuckerberg”. Walter was named among 25 Women Who Rock Social Media in 2012. She sits on a Board of Directors of Word of Mouth Marketing Association (WOMMA). You can find her on Twitter: @Ekaterina and her blog www.ekaterinawalter.com.

With over one billion users, Facebook is the king of social networking. But it was a slow starter: MySpace and Friendster were already established when Facebook was still a twinkle in Mark Zuckerberg’s eye. How did Facebook leapfrog the competition to become a daily habit for more than half its users? What led Mark Zuckerberg to such unprecedented success? And what’s next for the web giant?

I discuss the answers to these questions in my new book “Think Like Zuck: The Five Business Secrets of Facebook's Improbably Brilliant CEO Mark Zuckerberg.” I reveal the simple five-part formula the upstart Facebook CEO used to change the world-and how any business leader can apply it to his/her own company: Passion, Purpose, People, Product, Partnerships. In this post, however, I would like to take a quick look at Facebook’s journey and where it might be going.

Right from the start, Facebook proved that it was different from other social networks. While MySpace allowed multiple accounts and anonymous usernames, Facebook has always strived for dependability, deleting phony profiles and duplicate accounts. “Having two identities for yourself is an example of a lack of integrity,” Zuck believes. Zuck’s passion for openness and transparency is at the root of this, and it has given Facebook a sense of genuineness that proved popular with users looking for a communication tool rather than a popularity contest.

Zuckerberg’s passion for connectivity pushed some of Facebook’s most radical – and initially unpopular – innovations. The Newsfeed, introduced in 2006, was a controversial feature when it launched. People were unnerved to see their updates amalgamated into one location visible to their network, but once they were used to the idea it became second nature to log in to see a summary of friends’ activity. Membership soared, and soon checking your Newsfeed became a daily habit for millions of people.

It was the introduction of photo tagging that really set Facebook apart from the competition, even specialist photo sharing websites. Facebook was becoming more than just a utility; it was becoming people’s social graph. “Watching the growth of tagging,” said Matt Cohler, Facebook’s former Vice President of Product “was the first ‘aha’ for us about how the social graph could be used as a distribution system. The mechanism of distribution was the relationships between people.”

More than any other social network, Facebook has become part of our wider web experience. A recent study by website monitoring service Pingdom found that almost 25% of the top 10,000 websites in the world now have some form of official Facebook integration on their homepage, and almost 50% have regular links to Facebook. Facebook’s social login feature means that we can use our Facebook identity on the wider web to stay logged in to sites and share information easily across profiles. It has become natural to share photos, videos, news articles, and even purchasing information effortlessly with our networks.

For the first time in history brands are building global communities on Facebook on a scale never heard of before. Coke, Starbucks, Red Bull and many others are getting more visibility and engagement within their Facebook communities than they were ever able to harness on their other forums. Intel’s community around the world, for example, exceeds 23 million fans spanning over 50 countries, and it is a privilege to touch so many of our consumers every day.

Zuckerberg has always been passionate about openness on the web. At one time on his personal Facebook page, he listed his personal interest as “openness, making things that help people connect and share what’s important to them, revolutions, information flow, minimalism.” He has achieved all of those things and more, and as more and more sites activate their sites socially that flow of information is only going to increase. Facebook has led the way in the way we share and connect with our networks; what was unthinkable only a few years ago is now natural for hundreds of millions of people on a daily basis. The future holds an even greater level of openness and sharing as Zuckerberg and his team continue to revolutionize the way we connect with each other and the wider web.

Everything about Facebook’s incredible eight-year journey tells us one thing: not to second-guess Mark Zuckerberg. His passion for his product, his long term vision and his apparent lack of interest in a quick buck are good signs for users. Facebook have introduced unexpected features before and while some have quickly disappeared, others have only made the site more popular. The teams behind Facebook are smart and dedicated. They have a wealth of social data available to them and are capable of coming up with innovative solutions to increase profits without ruining the user experience.

But as Facebook marches forward, the company will definitely face some challenges. Some of them are: expansion into mobile, striking a fine balance between user satisfaction and integration of new types of ads, appealing to generation Z and their digital habits. Facebook will also have to achieve a reasonable balance between its constantly changing product features and brand’s expectations as they are building their large communities on the network. Achieving smooth strategic partnerships with brands has never been company’s strongest suit.

There are things to work on, but I don’t see the company slowing down any time soon. There is a speculation about Facebook achieving its peak in 2012. I don’t believe that’s the case. But as company grows and expands there is a danger of stagnation. Now more than ever Facebook will have to rely on its hacker culture to keep them moving and the vision of its leader to keep them innovating and evolving.