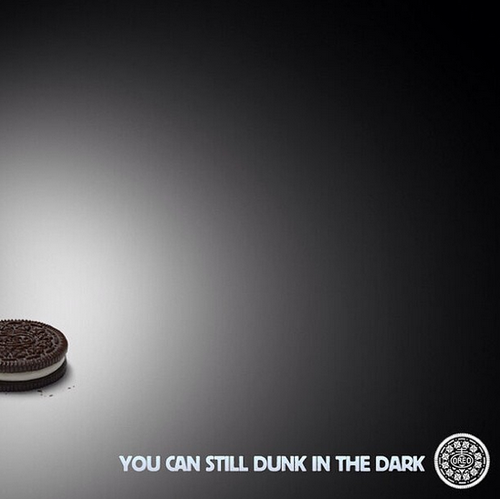 The real winner of this year's Super Bowl might just be real time marketing—or at minimum the ability for your marketing team to be nimble. The lights go out at the big game? Get creative about it as they are being fixed. Have a copywriter ready to craft a headline, a designer who can whip up a compelling visual, and don't let your media buying slow you down because you will need to promote that post on the spot—and in my opinion the best people who are in position to do this kind of media buying is the team working in the "newsroom" who have access to all the analytics. The future of marketing will move at the speed of now. Kudos to the Oreo team for once again nailing the execution.

We had our own team mobilized in a newsroom setting (our SICC) as we supported Cars.com who launched their new campaign with a spot that debuted during the game. More on that later, the pictures below capture the activity level as we monitored social mentions, sentiment and coordinated posts and responses: 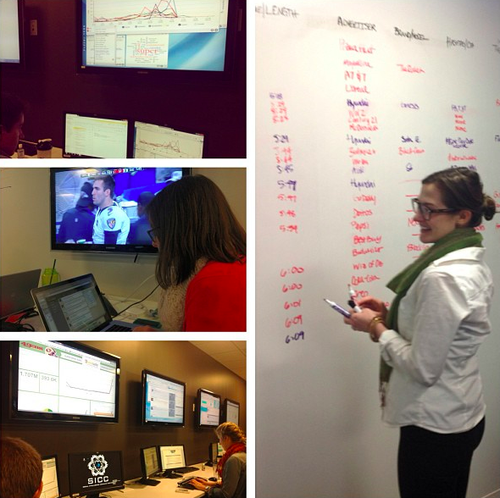 We also addressed the power outage during the game as it unfolded (above)—working it into our evening, but the creativity shown in the Oreo example is something that should make you stop and think because it's not easy to pull off. But while the Oreo example is well executed, I still think this game is in it's infancy, and as if the real time creativity wasn't easy enough to pull off—as I mentioned earlier the media buying is really going to create headaches. Here's a simple illustration of the basic flow of the real-time marketing model. 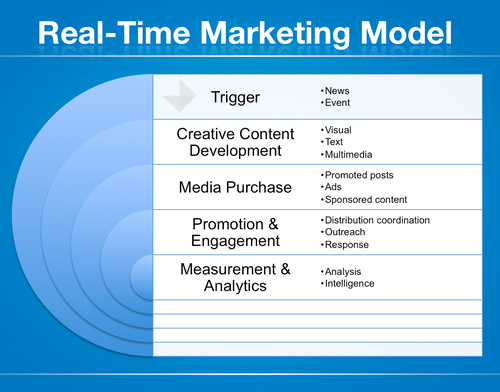 It begs the question: Can you really do real time? Do you have a content team ready at a moment's notice? Can you promote a Facebook post as quickly as it takes to develop the content? Can you measure what's working and what's not as it unfolds?

We're all going to find out.