Should You Help Someone You Don't Know? Yes. 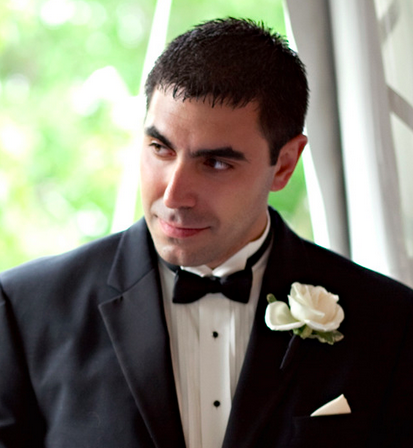 I know Justin, but in a world of having many connections, "knowing" someone doesn't mean much, and Justin and I don't talk every day—in fact we've have had only a handful of interactions.

But a status update on social media caught my attention and hasn't lost it since. Recently, Justin posted the following: 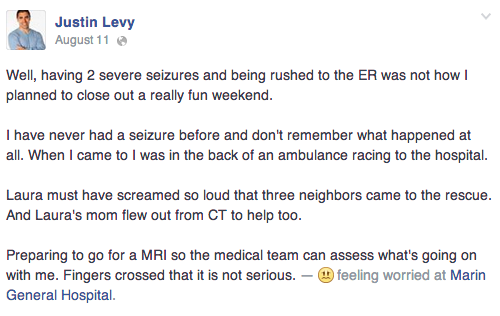 And since then, he's undergone one of several surgeries for his shoulders which were both badly injured due to the violent nature of the seizure. To make matters even more unnerving, a brain tumor has been found and he's scheduled to have the majority of it removed.

I don't post this kind of thing often here, but there are a few aspects about this that are moving me to act. For starters, just reading the post made me concerned—healthy people don't have seizures out of the blue, it's a sign that something is wrong (there is). Secondly, it hits home when you see anyone who is a picture of health one moment and the next is struggling with some serious health related problems. Third, (and I cannot stress this enough) the way Justin has been providing updates to friends and family via Facebook is really something to marvel at. He's keeping us all informed while working really hard to keep it all together.

In a world where it's really easy to put ourselves in the center of our universe and wallow when things go wrong, Justin is an example of what strength can look like, should we choose to endure life's hardships in a way that's both human but also resilient.

So I'm taking a step to join the team to help raise some funds for Justin. I'll likely donate to another team member as well. With brain surgery in play, nobody knows for sure what the road to recovery will look like for Justin. If you'd like to help someone you may not even know, this is a good opportunity to do so.

You can help here.

And Justin, we are rooting for you!