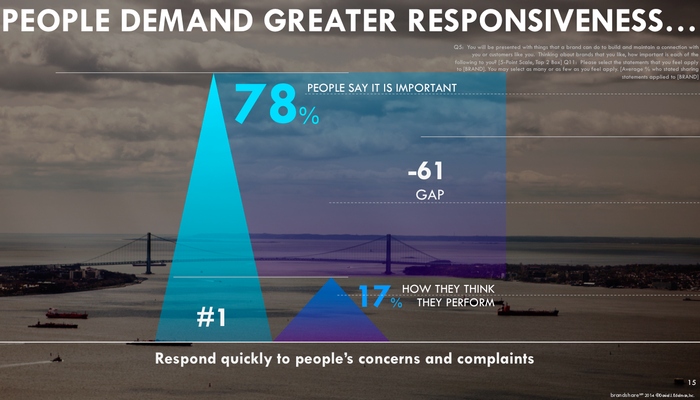 The Responsive Brand In A Real Time Business Environment
In Edelman’s Brandshare study of 15,0000 people worldwide—we asked consumers to tell us which brand behaviours were most important to them. The number one most important behaviour indicated was a brand’s ability to respond quickly to concerns and complaints with 78% of consumers saying it’s important but only 17% feeling brands do this well. But we think a brand’s responsiveness goes beyond replying to people’s concerns and also extends into all forms of communication and engagement in a real time context. 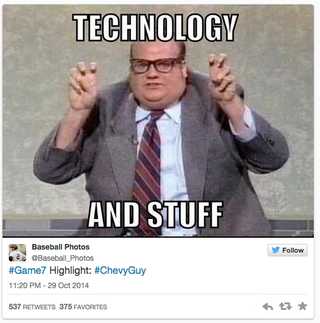 Recently, Chevrolet took the notion of responsiveness to new levels this week, when Rikk Wilde, a representative of the brand created an instant sensation by appearing extremely nervous and somewhat awkward on camera during the MVP award portion of the ceremony. What happened next, generated a real time water cooler effect that started on social media, but quickly spread through the media landscape with news media reporting the story. What Chevrolet did next is worth paying attention to as it demonstrated an “always on” and “always ready”, response which traversed paid, owned, and earned media channels at lightening speed.

A Bold Move To Humanize The Brand In a Moment of Authentic Imperfection
Immediately after the “incident”, Tweets starting flooding the Internet with “memes” being created around “#Chevyguy” and what was quickly becoming a catch phrase “technology and stuff”. The conversation reached a point where stories started popping up from media outlets ranging from Mashable to the local outlets such as the New York Post. To further complicate the buzzstorm—the truck Chevy is gave away to the World Series MVP is actively being recalled due to an issue with air bags. This was all unfolding in real time and Chevrolet was faced with a choice—do nothing or proactively play a part in the unfolding narrative. They chose the latter.

Chevrolet quickly sprang into action—displaying they had enough courage and coordination to participate in a moment highly relevant to their brand. And rather than take a straightforward defensive position, they mad a bold move—playing on the human essence of the moment, turning it into an integrated marketing campaign overnight. They started with posts on social, but then took ownership of the “Technology and Stuff” line and put it front and center of a real-time campaign which was earning media coverage but now extended to their owned properties and paid placements including a full page print ad in USA Today. 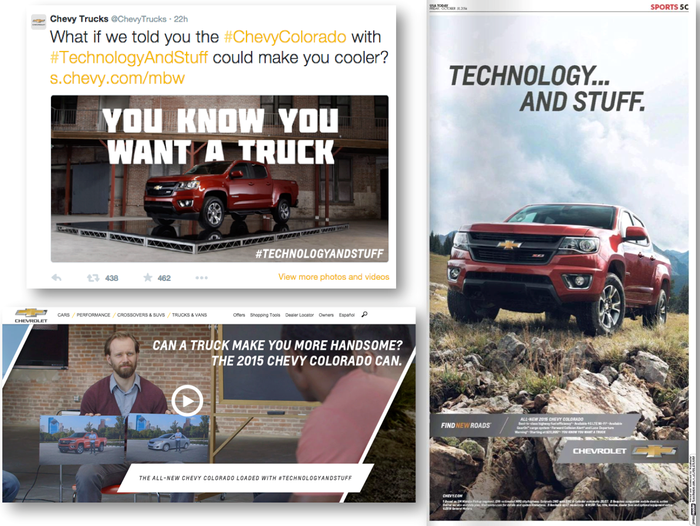 Implications For Brands & Organizations: Promote vs. Protect vs. Both
The implications for brands and organizations revolve around a core question linked to an emerging context. The context is that we operate increasingly in a real time business environment. The question is when and how do we promote or protect our brands in an environment that moves in real time (for an example of where a brand did the opposite and responded too late, see Poland Spring & #Watergate”). The implications of the Chevrolet example are that it chose to do both and had the resources in place to make an impact across media. Consider that the brand didn’t only tweet text, but essentially put out a visual “ad like object” which embraced the brewing conversations. It then updated its current campaign on their Website to integrate the now infamous #technologyandstuff line and it was able to coordinate a paid placement which was printed in a major national publication—all in approximately under 48 hours. 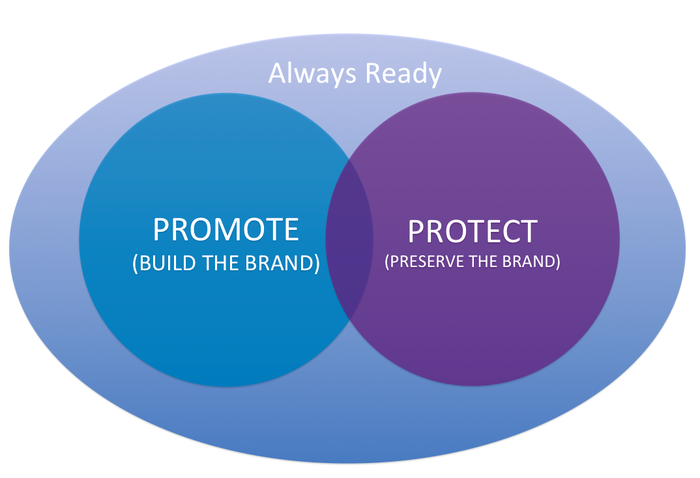 Integrated Marketing In Real Time
We’ve long encouraged brands to set up the infrastructure of a “Creative Newsroom” so they are ready and able to tap relevant and emerging trends as they happen. Chevrolet was clearly able to do this by demonstrating a high level of responsiveness which no doubt started by having their ear to the ground and listening to the conversations the second they started. They then proactively took a stance and produced content, taking ownership of the conversation—a classic principle of the Creative Newsroom construct. Then they went further and integrated a quickly moving trend as part of their marketing campaign—taking the Creative Newsroom approach even further. The implications for brands and organizations is clear—in the not so distant future the majority of brands will have resources in place to do the following:

• Monitor All Media In Real Time
The team and technology that lets a brand know instantly what the conversation is around them not only from social spheres but also from media outlets.

• Create Content Instantly
The ability to create compelling content (beyond text) when conversations and media attention are both at their peak.

• Coordinate Media With Agility (Paid, Earned, Owned)
The ability to rapidly coordinate the resources of both agency and internal who lead efforts and media budget across paid, earned and owned properties to maximize distribution.

Chevrolet was able to take an authentically awkward moment and make it part of how they are promoting and protecting their brand and their product (Chevy trucks). They had the courage to embrace human flaw, and as a result, made themselves even more relatable to consumers.