« It's Not The Size of SXSW, It's How You Use It | Main | Building A Modern Brand: Strategy, Creativity and Agility »

Video Killed The Television Star: Why Total Fragmentation Is The New Norm 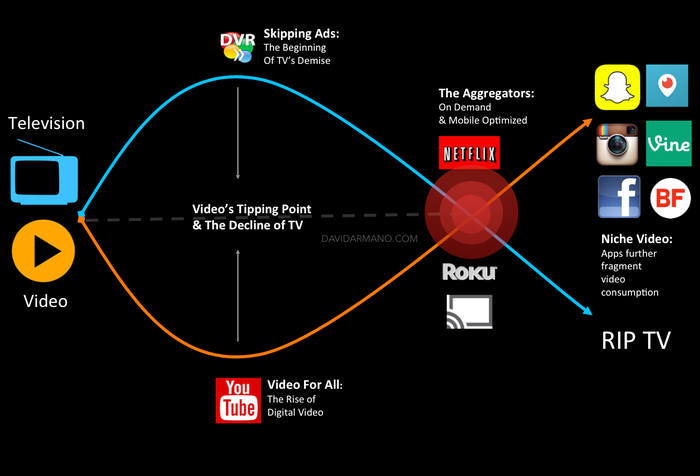 Moment in time—the world seems obsessed with the renaissance of app led live video streaming and the rivalry between MeerKat and Twitter backed Periscope.

Debating who will win is a moot point.

The real winner is digital video in all its forms—especially if it involves a popular app like Snapchat or a mobile optimized popular platform such as Netflix. The demise of traditional television happened somewhere around the time that YouTube began gaining popularity alongside with DVRs that empowered us to skip ads. Since then, things have only gotten worse for traditional, tied to the box television viewing. A recent poll found that millennials find YouTube entertainment and the stars who create it, more relatable and entertaining than TV.

And while YouTube continues its video dominance—content creators are flocking to where the future audiences are being built up. Take Snapchat's Discover "channel" on the native app featuring a mash up between "traditional"media companies such as CNN alongside more modern counterparts like Vice. What all of the media companies in Snapchat's Discover pilot have in common is that they realize that video is more popular than ever with today's content consumers—only they don't consume it the same way our parents did. 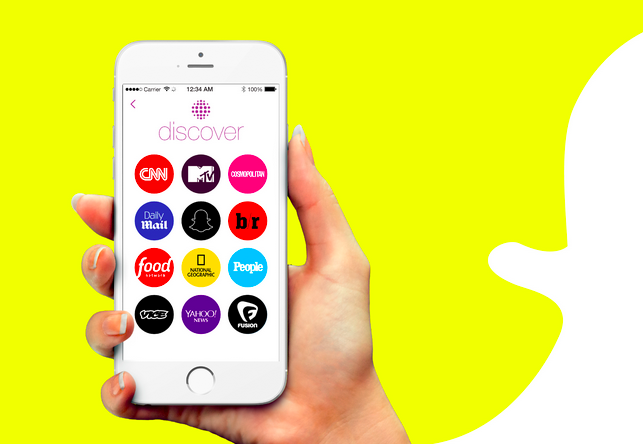 A Nightmare For Brands And The Media Industry
The complete and utter fragmentation of video consumption has not been lost on those who standardized how brands and advertisers are supposed to measure the effectiveness of 30 second spots built during the industrialized era of madison avenue when TV consumption and the impressions that came with it, was a simple thing to measure. No longer—in fact it is Nielsen itself who has recognized that video viewing has changed dramatically, and they've put forth an effort called "Total It Up" to attempt to bridge the divide between how brand managers are incentivized to measure results with the reality of how people are actually consuming video content today.

Live Video Streaming Only Adds To The Fragmentation
The race between MeerKat, Periscope and likely Google to dominate the latest trend in video consumption is significant but must be chalked up to a bigger trend that's been in the making for the past decade at minimum. Video is more relevant and popular than ever both from a consumption standpoint as well as production. But it's becoming impossible for brands and organizations to measure their effectiveness because they are simply not built for the future but rather for the past when TV and YouTube ruled the video world. Those days have rapidly come to an end and live streaming is the latest trend to accelerate the splintering.