The Death of Content Marketing: Why Brands Must Become Cultural Currency 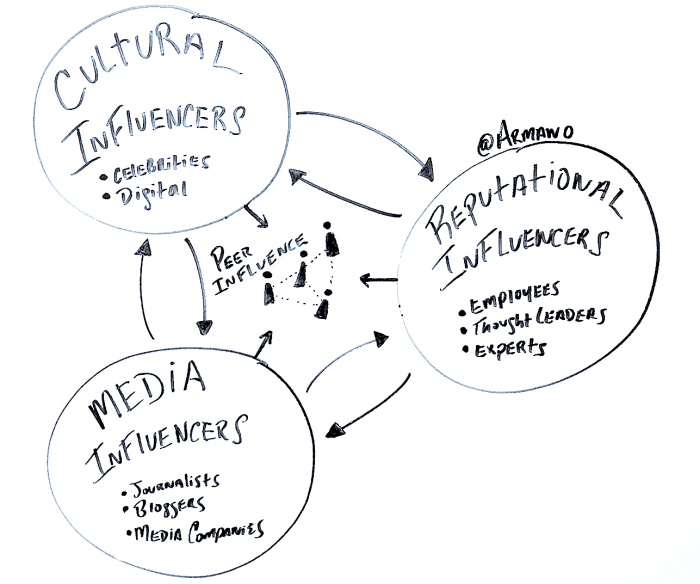 Before there was social media—before there was mobile and the video revolution, there was blogging. Once heralded as a revolution in communications and to a degree, marketing—self expression and direct publishing of the written word became an influential force to be dealt with.

Blogging, in written word form of has been a commodity for some time.

Even as I write this on the reality is less people are taking in the written word, opting instead for “junk food” media which comes in highly shareable and snackable bits of sticky, mobile optimized content.

Today however, it is content itself that has and will continue to become the commodity. Content in all forms—even mobile optimized and snackable content. There’s simply too much of it. Most of it is not very good and even if it is—the amount of effort it takes to make sure that content will travel far and wide makes for considerable effort. Many will do this well but more will fail.

So what is value in today’s connected marketing and media landscape?

The ability to create it, influence it, co-create it and integrate a brand so seamlessly in culture and relevant sub cultures. This is the next frontier of marketing and communications and while it has much to do with things like social, mobile and content—it is the cultural aspect that must lead while everything else follows. A very excellent article in Harvard Business Review reflects some of this shift, labeling it within the context of something Douglas Holt calls “Crowdculture”:

“While companies have put their faith in branded content for the past decade, brute empirical evidence is now forcing them to reconsider. In YouTube or Instagram rankings of channels by number of subscribers, corporate brands barely appear. Only three have cracked the YouTube Top 500. Instead you’ll find entertainers you’ve never heard of, appearing as if from nowhere.

YouTube’s greatest success by far is PewDiePie, a Swede who posts barely edited films with snarky voice-over commentary on the video games he plays. By January 2016 he had racked up nearly 11 billion views, and his YouTube channel had more than 41 million subscribers.”

The challenge for brands is that they often times cannot create culture by themselves. Today’s culture creators often thrive in “sub cultures”—niche groups that exist under more mainstream areas whether it be food, sports, fashion—lest you think this only applies to “consumer brands” it does not.Subcultures exist in business as well and continue to diversify as business itself becomes more specialized and niche.

Brands and Organizations Must Become Collaborators and Co-Creators of Culture

Today and tomorrow’s challenge for brands and organizations is to tweak their marketing and communications infrastructure so they can effectively collaborate with influencers of culture across the spectrum. If brands cannot create culture from scratch—they can co-create it with the right partners across the paid, owned, earned and social spectrum. But to do this at scale, they must understand the ecosystem of influence and re-structure internally to connect that ecosystem and approach peer to peer influence from all sides.

Brands and organizations who wish to influence culture and become co-creators of it, must begin to coordinate how they approach working with those who wield influence, coming at it from different directions. For example, TIME magazine featured a cover telling us that we should “eat butter”. While earned in nature, the story and the journalists behind it are playing a key role in the resurgence of butter and how Americans are re-thinking fat. It’s an example of media influencing culture—in this particular example, this kind of influence cannot be bought—it must be earned, however, increasingly cultural influencers such as “YouTubers” require paid means to collaborate with. The influencer ecosystem can be broken down as such:

Cultural Influencers
These can be celebrities but increasingly, it is the influencers of subcultures—those who are building audiences via Instagram, Snapchat, YouTube etc. that are becoming today’s trusted voices. In 2015, Variety reported on a survey which displayed a trend where digital celebrities (YouTubers etc.) began eclipsing traditional celebrities in terms of popularity:

“Sehdev predicts that within five years, YouTube stars will consume the entire top-20 celebrity influencer list, and aging teens will grow into a sizable fanbase for online talent overall. But that will require YouTube stars to remain genuine and relatable as they gain in popularity.”

However despite this trend, there are significant implications for brands. As stated above, the digital stars must remain genuine and relatable which makes working with them a challenge as brands must learn to collaborate vs. dictate heavy handed marketing. Also, brands must develop repeatable ways they can work with all levels of these types of influencers. As it is an emerging space often requiring complex contracts, disclaimers and transparency—it brings new operational dynamics to the table.

Reputational Influencers
These can range from employees to thought leaders to analysts and experts and while they often influence consumers or customers who are highly informed and connected themselves. The challenge here for brands is that much of what they do in this space is often times disconnected from what they do with cultural influencers—but should be more integrated. Not long ago, Edelman (my employer) announced a strategic partnership with a start up called Dynamic Signal. One of the key benefits of their platform Voicestream is the ability to harness the networks of either cultural or reputational influencers acting as amplifiers of content that a brand places in front of them. Integration and accountability in terms of performance is now becoming possible, but brands must first connect efforts here.

Media Influencers
As the TIME example illustrates—media in all its forms led by journalists and the media companies they work with can often influence culture and sub cultures also appealing to informed audiences who often share their content. But it isn’t just the “professionals”—while blogging itself has become much of a commodity there is still a role for blogger networks with niche audiences who have built audience and work with brands (often requiring a financial transaction) to incorporate their products and services into their content. But here again whether earned or paid—integration opportunity exists as what all three groups have in common is getting through to peer networks who then influence each other.

“Content Marketing” came after social media and mobile and it enjoyed a good run. But it’s not enough to create content in a complex media ecosystem that makes it extremely difficult to break though and earn attention. Brands will have to learn how to influence culture and sub cultures by collaborating with those who create it externally while coordinating their fractured functions internally. And they’ll have to do it in ways that can be repeated and scaled.