« When Should a Brand Take a Stand? When Values are Clearly Defined. | Main | Digital Transformation Journey: An Infinite Loop » 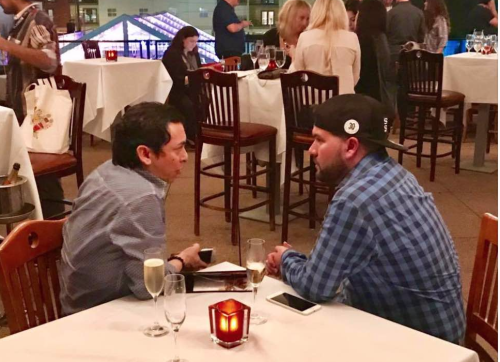 This was my tenth consecutive year attending SXSW. This means I started attending in my mid thirties during a very different time in tech, marketing and culture. There's no need to go into how different these things were or bask in the memories of those early years. What's still special about SXSW is that many of the people who were pioneers during that time still attend joined by a new generation in a now mature market where the Googles, Facebooks, Snapchats and Sprinkler's of the world operate.

BUT, outside of the informal conversations in the convention hallways, the restaurants and bars I noticed an interesting trend. There was almost a theme in terms of the panels that addressed inclusion in tech—mainly defining that inclusion through diversity in gender, ethnicity, or sexual orientation. This is obviously a good thing as many organizations are dedicating time and resources to address gaps and divides in these areas especially in specific industries. Diversity in these areas should be challenged. How women are treated in tech should be discussed. What hurdles minorities face should be issues we speak about out in the open...

What About Age Diversity?
What was absent from debate and discussion is an increasing reality that in the start-up, tech, and even marketing worlds (to name a few), there's increasingly less diversity in age especially at the 50 plus range. This dynamic affects all people regardless of background and it begs the question if people in this age range have a fair shot at applying their years of wide experience to compliment the energy and distinct skills of younger colleagues. As a forty something GenXer, this is something I am thinking about a good deal—what happens when I cross that threshold of 50? Will my experience be valued or viewed as antiquated? Tech and marketing especially are fast moving spaces and even if you adapt your skills and stay ahead of the curve—age may be held against you. They are also industries where you are expected to look and act the part, especially if engaging with millennial audiences is a part of the job.

Being The Change
Despite the lack of age diversity or inclusion for that matter in these industries being a topic—it's something that's worth talking about. Mixed generations who work together, Boomers Xers and Millenials reflect the same generations we create both digital experiences and build brands for. This goes well beyond these two industries. We have much to learn from each other, and should band together ensure employers both know and see the value in it. I'll be thinking much more on this topic and have some ideas. If you'd like to be a part of it—let me know in the comments.