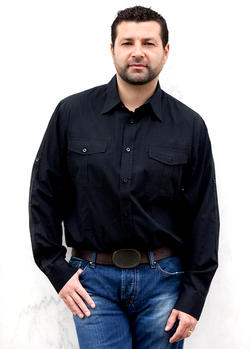 As Executive Vice President, Global Innovation & Integration for Edelman Digital, David's mandate is to uncover and activate strategic and innovative social business solutions for Edelman's clients as well as the firm. Armano also acts as Editor In Chief for Edelmandigital.com and has been working in the digital space since 1997. In his career, David has worked with global brands such as RIM, eBay, and Adidas to name a few.

David is considered to be a highly influential voice on the subject of social media for business and has nearly 70,000 combined subscribers to his blog (Logic+Emotion) and Twitter stream. Logic+Emotion has consistently ranked in the top marketing blogs according to the Ad Age Power 150. Prior to Edelman, David was a part of the founding team of social business consultancy Dachis Group and helped launch the business from stealth mode into the marketplace.